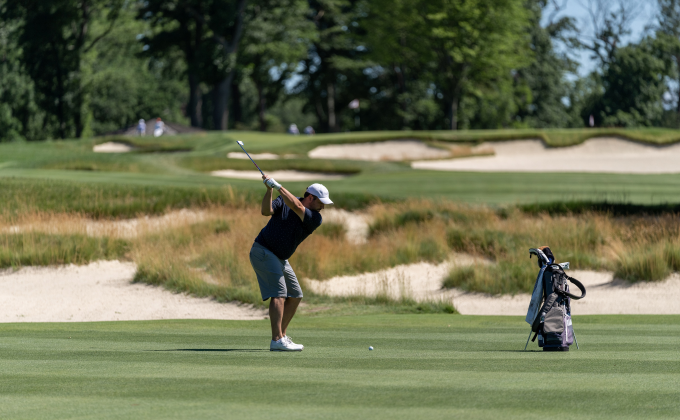 SPRINGFIELD, N.J. (June 28, 2022) -- Thomas McCarthy of Essex County leads after two rounds of the 67th Ike MGA Stroke Play Championship at Baltusrol Golf Club, carding an impressive 4-under, 67 in round two. The score matches the lowest round of the Ike this year.

McCarthy began his day on the back nine, going bogey-free while notching two birdies. On the front he eagled the short par-five 7th and followed that up with a birdie on eight before giving that shot right back on the ninth.

Plus numbers were prominent across the leaderboard in round two of the 67th Ike. With the wind blowing through most of the morning round, the leaders came back to the field slightly, adding to the drama of today’s final round.

The only previous winner of the Ike within five shots of the lead is Lowe, who won the event in 2017 after a final round 10-under 61 at Century Country Club and currently sits at 1-over.

The final group is set to tee off just before 2:30 p.m., as an Ike Champion will be crowned this evening.