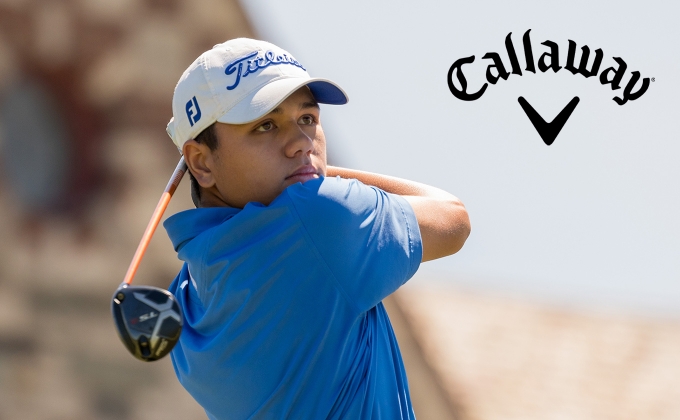 ELMSFORD, N.Y. (November 1, 2020) – The Metropolitan Golf Association is pleased to announce Luke Sample of New York, N.Y., as the recipient of the 2020 MGA Junior Player of the Year Award, Presented by Callaway following a record-setting season in which the 17-year-old became the first-ever player to win both the Met Junior Championship and Met Open Championship in the same season.

“It was something that I felt was in reach last year and when something’s just a little bit out of reach it makes you want it even more,” said Sample, who finished third in the yearlong race in 2019. “Jack [Wall] and Jake [Mayer] are both very accomplished players and to be able to put my name right with them means a lot.”

Sample had the same sentiment for the 103rd Met Junior Championship Sponsored by MetLife this season following a runner-up finish in 2019. After circling the event on the calendar, Sample claimed a 3-and-2 victory over James Allen of Scarsdale, N.Y., to hoist the Mandeville Trophy. The win also provided Sample, who has verbally committed to Duke University, with a boost of confidence for the compact summer schedule ahead.

“I think the Met Junior just gave me confidence that I could compete even when I had high expectations for myself,” said Sample.

Sample finished third in the Carter Cup, before making a run all the way to the final of the 118th Met Amateur Championship at Bethpage State Park’s famed Black Course. While two-time Junior Player of the Year Jack Wall of Manasquan River held off Sample for the title, Sample built a respectable lead over Allen in the yearlong points race.

Sample tied 10th in the Ike MGA Stroke Play Championship at Country Club of Darien, then set his sights on the 105th Met Open Championship Presented by Callaway. After opening play with rounds of 69-68 at Mountain Ridge Country Club, Sample entered the final round two shots off the pace set by Jason Gore of Hamilton Farm.

An early double-bogey dropped Sample on the leaderboard, but he quickly turned things around, making birdie on the par-5 sixth to begin a stretch of six birdies in seven holes. His last birdie on the par-4 12th pushed him to 9-under and gave him control of the tournament, four shots clear of the field.

He finished at 8-under for a three-shot victory, becoming the eighth amateur winner in the championship’s history and the youngest-ever player to lift the Walker L. Trammell Trophy.

A run to the quarterfinals of the 118th Met Amateur helped Dean Greyserman of Short Hills, N.J., to finish third on the listing with 460 points. Cole Ekert of Chatham, N.J., who caddied for Sample in the Met Open, finished fourth (400 pts), while Long Island Junior and Long Island Boys champion Sam O’Hara rounded out the top five (218 points).

With the MGA’s Annual Meeting and Dinner shifting to an online collection of presentations for 2020, Sample’s achievement will be further recognized in the upcoming issue of The Met Golfer and in video.