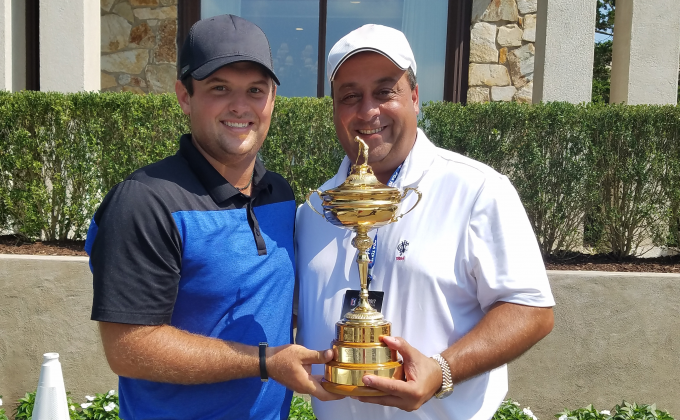 (Above: Reed with Fava and the Ryder Cup)

Cheesed Off: Did Patrick Reed’s Jersey Connection Fuel His Open Rise and Fall?

Blame it on the fresh mozzarella – or the lack thereof.

For the first part of U.S. Open week, Patrick Reed was being treated daily to that heavenly milky specialty of New York and New Jersey Italian delis, courtesy of his local friend Frank Fava, who’d stop by Tommy’s Taste of Italy on his way from his home in North Haledon to Reed’s rented place near Winged Foot.

Reed, Fava, and Reed’s brother-in-law/caddie Kessler Karain feasted on the cheese (pronounced fresh mutz by the natives), dried sausage, and crusty Bastogne bread  - a bit of a revelation to the golfer.

“The first day, we hung out a bit and then we went over to the kitchen,” Fava recalled. “Patrick says, ‘What do you got there?’ So I told him.

“’I’ve had mozzarella before,’ Reed said.

Reed, naturally, couldn’t get enough of it and Fava left behind what wasn’t finished.

“I told him, ‘I’m going to turn you into an Italian yet,’” Fava joked. “He was playing early on Thursday. I texted him during the day, ‘Hey, in the mood for some fresh “mutz” tonight? He said, ‘Absolutely.’”

Reed opened with a 66, and then on Friday – fueled by Fava’s re-supply mission – he took the 36-hole lead with a gritty even-par round in tough conditions.  “Unfortunately,” Fava lamented, “he had a late tee time Friday and I couldn’t get up there [afterwards].”

That’s where the cheese run ended, and coincidentally – maybe ?-- so did Reed’s time atop the field as he fell to a third-round 77.

“That one’s on Frankie,” he joked.

Reed and Fava make an interesting pair. Even if you plop a ten-gallon hat on Fava’s head, he’s no cowboy: He’s a Jersey guy in the Joe Pesci mode. Reed, who was born and lives in Texas, would never be mistaken for a New Yorker. Still, he loves the area: Two of his eight career wins came here, at Bethpage Black (2016 Barclays) and Liberty National (2018 Northern Trust). He and his wife, Justine, and their two kids, Windsor-Wells and Barrett Benjamin, spend time in the Hamptons every year.

“It’s just one of those things,” Reed explained. “You have these stereotypes, Southern Comfort as opposed to how people are in the North or the Midwest. But every time I’ve come up here to New York and New Jersey, the people have been amazing. They really get behind their sports. They really get behind just people playing well.

“They want to rally behind the guys who are playing well. And if you’re not playing well, they want to give you a couple of jabs here and there, but it’s friendly banter back and forth that makes it amazing. I’ve loved the people every time I’ve come up here. They’ve always treated me like family. It’s the same thing with Frank when I first met him -- we first met and we’ve been family ever since.”

That happened during the 2014 Barclays at The Ridgewood Country Club. Fava had a pants company back then and he was looking for pros to wear them in competition. He caught Reed on the practice range.

“He had no idea who I was,” Fava said. “I just walked up introduced myself and said, ‘Hey, how you doin’?’”

A couple of months later. Reed’s team reached out to Fava to ask if he could fly to Houston for a fitting.

“The relationship just took off from there,” Fava said. “We took a liking to each other and the whole family, actually.”

“We hit off immediately,” Reed said. “I liked him from the beginning. He was walking around the range with a smile on his face, always happy.”

The two had a business relationship until Reed signed with Nike. Since then, he’s become one of Reed’s closest friends.  He was one of the first people Reed hugged after he walked off the 18th green at Augusta National with his first major win.

“He will tell you I’m more of a mental psychiatrist to him,” Fava said. “I talk to him, whether it’s by phone or text, three or four times a week.  We laugh, we joke. We talk about 20 percent golf, 80 per cent everything else.”

“Those are the friendships you look for and are special, and to have one with Frankie is amazing,” Reed says.

Just like the “fresh mutz,” he wouldn’t have it any other way. 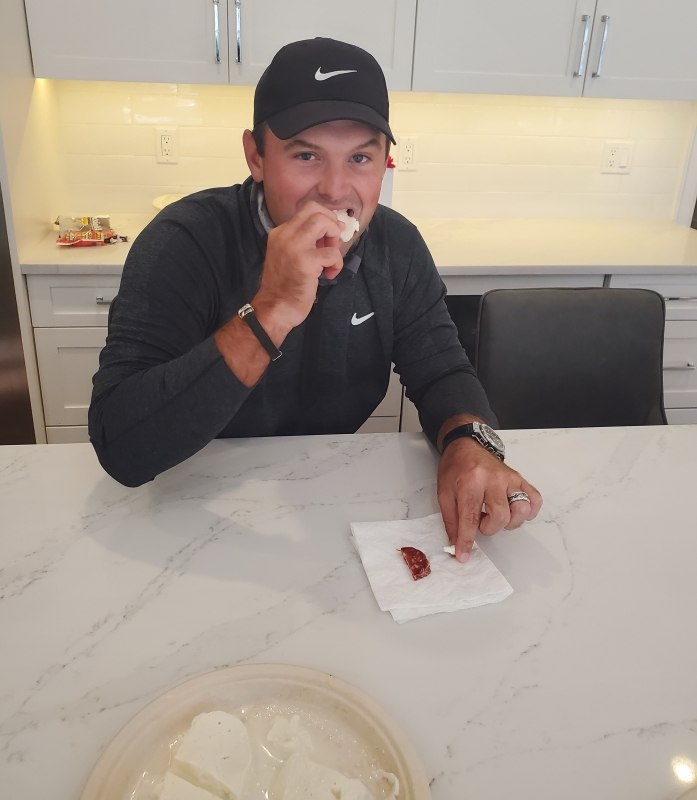