The MGA and Stanwich Announce "The Farrell"

The MGA and Stanwich Announce "The Farrell" 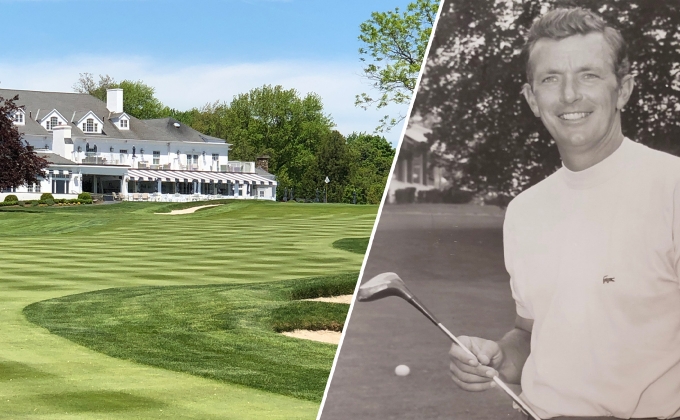 ELMSFORD, N.Y. (Dec 23, 2021) – The Metropolitan Golf Association is pleased to announce the newest addition to its calendar of competitions: The Farrell. The MGA will partner with The Stanwich Club in Greenwich, Conn., to host the annual, high-level invitational for male and female golfers on a national basis, to first be played September 30-October 2, 2022. A practice round will be held on September 29.

The Farrell will consist of 18 holes of on-site stroke play qualifying, from which the low 16 competitors will advance to match play in divisions for men, women, and seniors. The Farrell will be an MGA Player of the Year points-eligible event and a World Amateur Golf Ranking (WAGR) counting event.

“We are thrilled to bring this championship to life and welcome the best competitors from around the country to Stanwich,” said David Lehn, Stanwich Club President. “Billy Farrell left a remarkable impact on the club, and he would be proud that his legacy is being shared with a new generation of great golfers.”

Formal invitations will be extended to competitors with a high-level national competitive resume by The Farrell selection committee, led by the event’s co-chairs, former Stanwich President Ken Dardis and MGA Executive Director Brian Mahoney. Select applications will be accepted from golfers with an official World Handicap System (WHS) Handicap Index not exceeding 4.0.

“Stanwich has had the desire to build this championship for some time, and to be able to celebrate Billy Farrell while creating a new competitive event for both male and female elite competitors is an exciting opportunity,” said Dardis. “We are thrilled to continue our relationship with the MGA. The club has hosted the Met Open, Met Amateur, and Ike championships, and we look forward to working together on the newest event in the Met Area.”

This championship honors the legacy of longtime Stanwich head professional Billy Farrell. Farrell was the first-ever Head Golf Professional at the club, a role which he held from 1964 until his retirement in 2000. He passed away in May 2020 at the age of 85.

“Billy Farrell was an incredible leader at the club, and mentor for so many, including myself,” said Stanwich Director of Golf Mike Summa. “Not only was he dedicated to the club but was an accomplished competitor from one of the greatest golf families. We are looking forward to hosting this championship in his name and opening the club’s doors to the top men and women from around the country.”

About Billy Farrell:
Farrell left the PGA Tour in 1964 and headed to Stanwich, where he established high standards as a teacher, mentor, and leader. He held the role until 2000, when he helped current Director of Golf Mike Summa transition into the position.

Farrell left a legacy at Stanwich and is credited with developing several assistants that went on to successful careers in golf including former Glen Oaks professional Tom Joyce and current Winged Foot Head Professional Mike Gilmore. He is a member of the Met PGA Hall of Fame.

For more information on The Farrell, please contact the MGA Championship Department at championships@mgagolf.org or 914-347-4653.