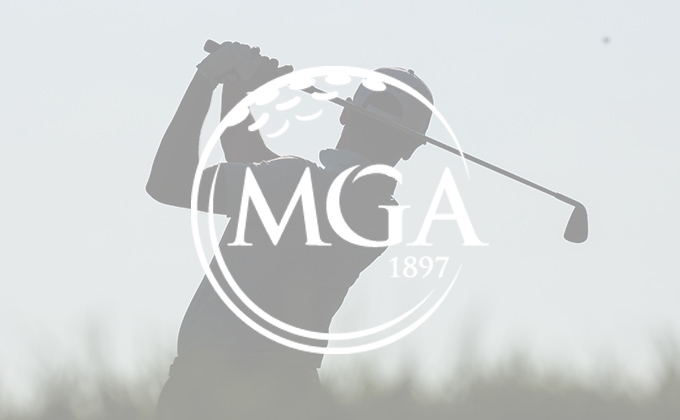 ELMSFORD, N.Y. (December 12, 2021) - The MGA is sad to share the passing of Lee Richardson of Teaneck, N.J. Richardson passed away while on vacation in Italy on October 30 at age 63.

Richardson was an accomplished competitor in the Met Area, and left his mark on the MGA's record books, capturing the MGA Public Links Championship in 1993, 1994, and 1999. He remains the only player to have won the title three times. Richardson represented the MGA in two Carey Cup matches in 1999 at Maidstone and again in 2001 at Portmarnock.  Richardson also won the 1999 NJSGA Amateur Championship and the 2000 NJSGA Mid-Amateur.

"Lee was a fine player who played in all the MGA championships but he 'turned it up' for his favored MGA Public Links, and took great pride besting the likes of legendary Jeff Thomas," said former MGA Tournament DIrector Gene Westmoreland.  "Lee was a regular at the MGA Annual Meeting and when injuries stole his game, he shared his secrets on putting with Met Area golfers as a putting instructor. A uniquely interesting character, he loved the game and will be missed by the Met Area golf community."

The Richardson family has shared details for a memorial service:

Donations in Lee Richardson's name can be made to the New Jersey State Golf Assocoation Caddie Scholarship Foundation.