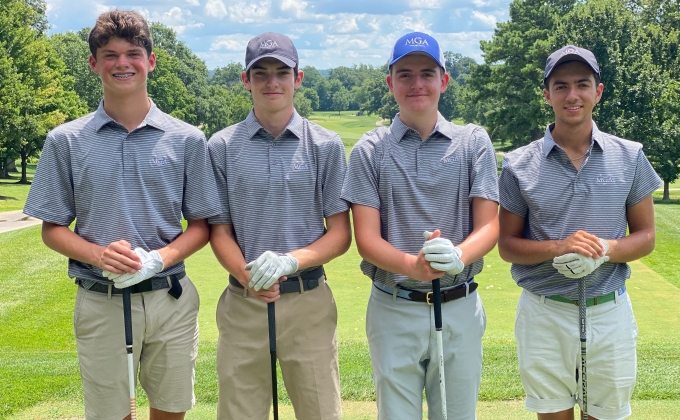 ALEXANDRIA, VA (August 10, 2022) – The MGA placed second in the playing of the 57th Williamson Cup at Belle Haven Country Club in Alexandria, VA. Finishing six shots back of the Washinton Metropolitan Golf Association, the MGA recorded its best finish in the event since a win in 2015. The MGA finished with a team score of 12-over, while the WMGA finished with a 6-over final score.

The MGA was represented by Derek Gutierrez of Cranford, N.J., Jack Estrella of Brookville, N.Y., Dylan Gallagher of New York, N.Y., and Zach Munno of Stamford, Conn. Each of the four golfers for the MGA team finished inside the top-8 in the individual scoring race, with Gutierrez finishing third, Munno fourth, Estrella sixth and Gallagher eighth.

The event is a 36-hole, stroke play match where the top three golfers scores from each team are taken per round. The MGA tied the lowest 18-hole team score in the second round, firing a 216. The WMGA matched that in the first round, thanks in large par to a tournament low 5-under, 67 by medalist Bryan Kim.

The MGA team has a strong history of winning the event, most recently claiming victory in 2015 when the event was contested at Saucon Valley Country Club. In 2017, recent Met Amateur winner Chris Gotterup of Little Silver, N.J., won the individual title at Pittsburgh Field Club. The MGA has brought the Williamson Cup home 11 times, second only to the Golf Association of Ontario's 12 victories.

The 2023 Williamson Cup will be hosted by Golf Ontario, at Lookout Point Country Club.