MGA Season Tees off at Round Hill Club

MGA Season Tees off at Round Hill Club 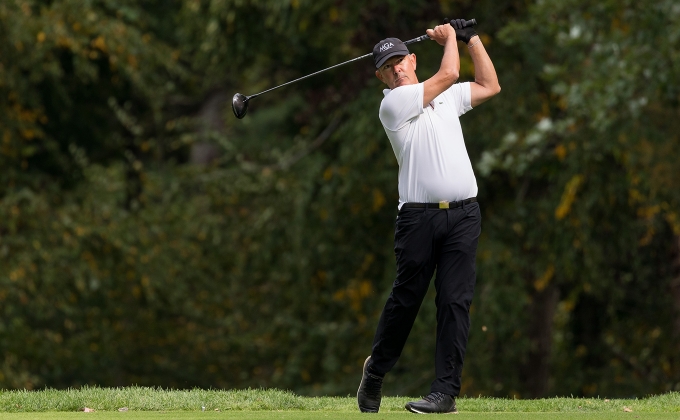 ELMSFORD, N.Y. (April 29, 2021) – Much like the Masters, the MGA Senior Amateur Championship will experience a short turnaround between its 2020 and 2021 playing as it returns to its home as the season-opening MGA championship on May 3-4 at Round Hill Club in Greenwich, Conn., for its 94th playing.

Last year’s playing was rescheduled to early October, when Ned Zachar of GlenArbor broke through to capture his first MGA title in come-from-behind fashion at Mill River Club. Recent years have provided plenty of excitement, now with a pair of final round comebacks and a playoff.

The field is once again packed with the Met Area’s top amateurs aged 55 and above, setting up an exciting season opener at first-time host Round Hill Club.

Back-to-Back
Zachar has the opportunity to become just the sixth player to capture the Senior Amateur title in back-to-back years. The last was Zahringer, doing so in 2016-17.

Next to No. 3?
Zahringer and Blumenfeld both have the chance to become the sixth player in championship history to claim the title at least three times in their career.

Extending the Record
Zahringer won his record 19th MGA title last September, claiming the MGA Senior Masters in a playoff over Stephen Boyd of Baltusrol and Ervasti. Both Boyd and Ervasti are in the field at Round Hill.

Top-Ten Tandem
Zachar and Dave Scialabba of Meadow Brook, the 2020 LIGA Senior Player of the Year, are the only two players who have logged three-consecutive top-10 finishes in the MGA Senior Amateur.

Back Again
Nine players that finished inside the top-10 last fall are back in the field aiming for another high finish: Zachar, Roger Hoit of Baltusrol, Sessa, Scialabba, Thomas Trakoval of Port Jefferson at Harbour Hills, Ed Gibstein of Glen Head, Matthew Meyer of Winged Foot, Boyd, and Kenneth Dardis of Stanwich.