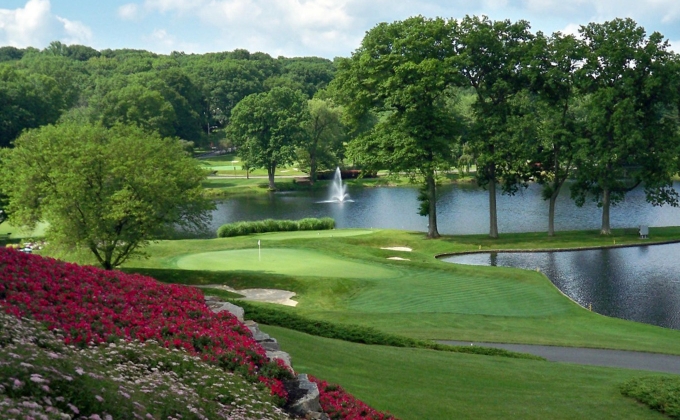 ELMSFORD, N.Y. (September 20, 2021) -- The MGA/MetLife Men's Four-Ball Championship was established in 1977 to give the average golfer a high-caliber tournament experience. After it's success, the MGA/MetLife Women's Four-Ball launched in 1985. Both championships continue to stand among the MGA's most popular, with qualifying beginning at the club level, continuing with sectional qualifying and concluding with the championship proper. This year, three sectional qualifying rounds take place to see which Men's teams advance to Spring Brook Country Club (Oct. 19) and which Women's teams advance to the Muttontown Club (Oct. 26).

September 20 - Knollwood Country Club, Elmsford, N.Y.
Thirty-three sides competed on the Men's side at Knollwood, with John Woodman and James Warren of The Wuhan Tour and Alex Pugatch and Alex Dubin of Sunningdale leading the way with matching net scores of 7-under 63. Woodman and Warren finished their round with a combined nine birdies, while Pugatch and Dubin had 10. Six more sides advanced based on their net scores, all advancing to Spring Brook with scores of 4-under or better.

Chase Barbe and Wes Koorbusch of Greenwich produced the day's low gross score of 4-under 66 to earn a spot at the championship proper. Dennis McKesey and Larry Elliott of Taconic Valley shot 3-under 73, with seven total sides earning spots at Spring Brook based on gross scores of 7-over 77 or better.

On the women's side, all 10 competing teams advanced to Muttontown Club, with Christine Markham and Terri Lyman of Blue Hill Golf Association recording the low net score of 7-under 64 to lead the field. Their round included two eagles and six birdies. All women's sides tallied net scores of 6-over 77 or better. Mimi Cho and Sophia Im of Fairway Women of Bethpage had the lowest gross score on the day, posting 11-over 82.

September 27 - Hamlet Golf & Country Club, Commack, N.Y.
Rex Whitehorn and Jonas Young-Borra of Lake Success were the net medalists on the day, shooting an impressive 9-under 61. The duo had a pair of net eagles on the day en route to capturing top honors by two shots. Overall, seven teams advanced based on their net scores, shooting 3-under 67 or better.

On the gross side, 2018 champions Chris and Nick Lambrou led the way with a 3-over 73, leading seven teams to Spring Brook with scores of 12-over 82 or better.

Janine Zlotolow and Kathy Dooly of Pine Hills turned in the day's low net score, shooting 9-under 63 behind a pair of net eagles. Mikyeong and Tammy Kim of Bethpage Women's Golf Association finished with the low gross score on the day of 6-over 76. All 13 women's sides competing on the day advanced to Muttontown Club.

All ladies sides competing advanced, with Alice Odorico and Jacqueline Celesino of Bonnie Briar carding a day's best 2-under 69 in the net scoring behind their 13-over 84 gross score, which was also the best of the sides competing.