ELMSFORD, N.Y. (October 23, 2012) - Three former accomplished Met Area amateurs are set to compete in the biggest professional tournament of their 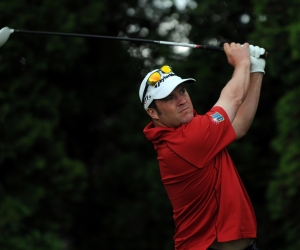 careers when the Web.com Tour Championship commences on October 25 at TPC Craig Ranch in McKinney, Texas. Andrew Svoboda, Morgan Hoffmann, and Kevin Foley have all qualified for the grand finale of the Web.com Tour season, and will vie for their share of the $1 million purse.

Svoboda was never a doubt to qualify for the Tour Championship, currently ranking No. 18 with $198,217. Only the top 60 players on the Web.com Tour money list qualify for the season's final event. Svoboda, winner of the '04 Met Amateur and '03 Met Open, has made 16 cuts in 23 events this season, including two second place finishes. He's currently in position to earn full PGA Tour status for the 2013 year (the top 25 on the Web.com money list are granted PGA Tour membership).

Hoffmann and (especially) Foley had to make late season charges in order to secure their spots. Hoffmann is currently No. 31 with $149,540, but just a few weeks ago he sat outside the cutline. The 2005 Carter Cup champion made a strong run, recording four top-10 finishes in the last five weeks to breathe easier, including a second-place finish (lost in a playoff) at the Chiquita Classic the last week of September.

Foley, on the other hand, sat at No. 66 heading into the penultimate event a week ago. But the 2008 Ike champion and former Penn State standout finished T5 and collected $21,900 to leap to No. 54 ($101,536). And to boot, neither Hoffmann nor Foley began the season on the Web.com Tour and both fought hard to 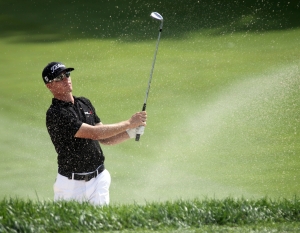 gain Special Temporary Membership by earning high finishes in limited events. Foley began the year on the eGolf Tour, where he saw lot of success. Hoffmann didn't have any status on any professional tour, but earned spots in Web.com Tours through several successful attempts at Monday qualifying. Hoffmann also finished T2 at the 2012 Met Open at Plainfield.

Foley and Hoffmann (who finished runner-up to Foley at that 2008 Ike) will need high finishes in the finale to make their PGA Tour dreams come true.