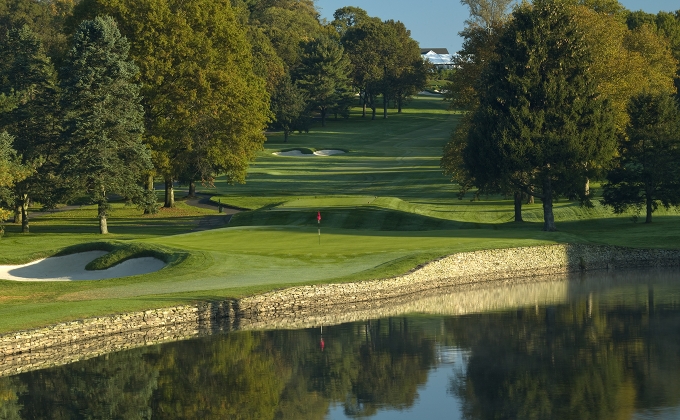 ELMSFORD, N.Y. (August 27, 2021) -- Each year, the field for the Lexus MGA Senior Open Championship gets deeper as more of most accomplished players in the Met Area reach their 50th birthday and become eligible to compete. This year, with the championship heading to Old Westbury Golf and Country Club in Old Westbury, N.Y. for its 25th playing, 14 competitors are newly eligible, bringing players like eight-time PGA Championship competitor Rob Labritz of GlenArbor, five-time PGA Championship competitor Brian Gaffney of Essex Fells, and past Met Open champion Bob Rittberger of Garden City Golf Club into the mix. First-time competitors in 2021 also include Del Ponchock of Hudson National, fresh off a tie for 12th alongside Labritz in the 106th Met Open Championship Presented by Callaway and past MGA Mid-Amateur champion Michael Karger of Century.

Even though new players come in to contend, they're joining an already stellar cast of competitors, with this year's field containing nine past Lexus MGA Senior Open Championship winners and nine players that have hoisted the Walker L. Trammell Trophy as winner of the Met Open. Through the years, seven players have captured both titles, with Bobby Heins, Darrell Kestner, Jim McGovern and Mark Mielke all in the field in 2021.

Old Westbury has three times hosted the Met Open Championship and now welcomes its first MGA Senior Open. Met Opens at the club have been claimed by Kestner (1983), amateur John Stoltz (2005) and Mark Brown (2013) of Pine Hollow, who is in the field. With 27 holes on the property, the field will play the Overlook and Woods nines with a $5,000 winner's share up for grabs.

Take a deeper look into the 25th Lexus MGA Senior Open Championship at Old Westbury below.