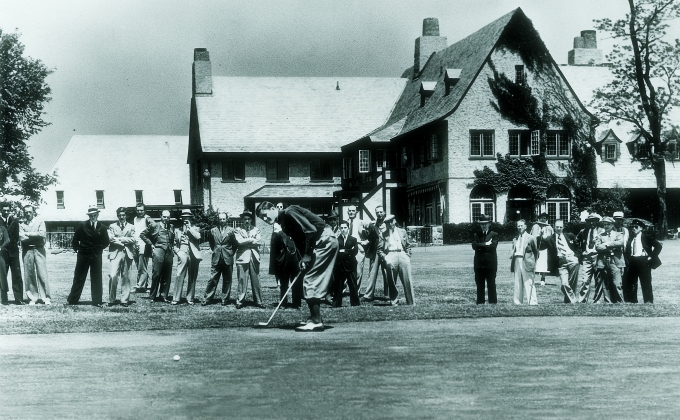 On November 23rd, 2020, the Department of the Interior officially listed Quaker Ridge Golf Club on its National Register of Historic Places. This comes after an arduous effort by the club spanning nearly five years, which included a 67-page submission report, a multitude of photographs, and several video conferences and meetings to achieve the required approval from both New York State and the National Parks Service.

This national register includes only a handful of golf courses for reasons that relate strictly to the golf course and their design features; Oakmont, Winged Foot, Baltusrol, Merion, Augusta National, and Shinnecock Hills to name a few. These are some of the most well-known golf venues that have hosted numerous major championships, including several U.S. Opens, Women’s U.S. Opens, U.S. Amateurs, and Walker Cups, as well as The Masters.

While Quaker Ridge has not had the privilege to host a U.S. Open - due mostly to space limitations - the club has had the opportunity to host some notable and historically significant events of its own. In 1936, Quaker Ridge hosted the Met Open, which at the time was one of the game’s most prestigious events. The great Byron Nelson won that event, the first victory of his legendary career.

In addition to the 1936 Met Open, the club hosted the 1997 Walker Cup and the 2018 Curtis Cup. Quaker Ridge has long been one of the premier clubs in the Met area and has continuously worked hard to grow and support the game.

“We’ve always supported local golf in the area - local tournaments like the Ike Championship, the Met Amateur, of course, the Met Open, many Met Junior events, numerous Met PGA tournaments and our own annual 36-hole amateur event, the Hochster Memorial,” Club Historian Martin Davis said. “In fact, in the mid 1950’s, a member of the Club started what is now the Westchester Caddy Scholarship Tournament.”

This long approval process largely focused on the club’s rich history and connection to some of golf’s greatest ambassadors. Quaker Ridge was designed by A.W. Tillinghast in 1916 and opened in 1918. Tillinghast is now regarded as one of the greatest golf course architects to ever live.

“One of the key components of our application was the club’s connection to Tillinghast, this (Quaker Ridge), being his first great course,” Davis explained.

“In addition to recognizing the period-distinct architecture of the Clubhouse, a further factor in our application was our first club professionals for many years, the Farrell Brothers, Johnny and his older brother Jimmy, a fine teacher,” Davis said. “In the late 1920’s, Johnny was acknowledged as the best professional golfer in the country. In 1928, he beat Bobby Jones in a 36-hole playoff for the U.S. Open.”

About three years in, the club hired a consulting firm from New Jersey, Watson and Henry, to help them navigate the somewhat intricate process. The same firm was hired by Winged Foot and Baltusrol.
“We give them so much credit for helping make this happen. They did a marvelous job,” Davis added.

“To tell you the truth, the club couldn’t be prouder of this historic designation,” Davis said. It’s a very special moment for the club.”