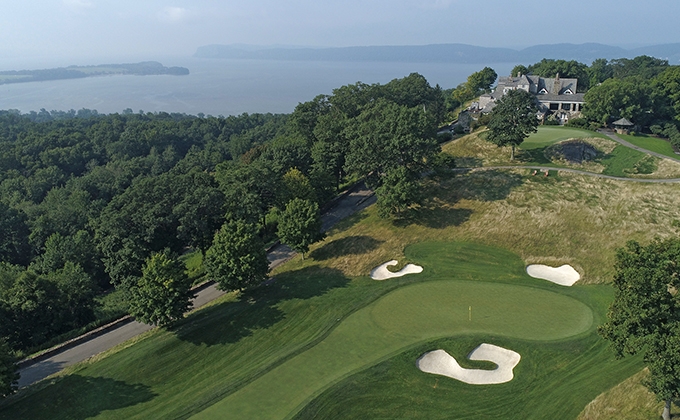 ELMSFORD, N.Y. (June 24, 2019) -- Qualifying for the 117th Met Amateur takes place between June 24 and July 18, for the August 1-4 championship at Hudson National Golf Club in Croton-on-Hudson, N.Y. Players will vie for qualifying positions in the MGA's oldest championship, which then features 36 holes of on-site qualifying with the top 16 advancing to match play. The four days of competition proves testing of both skill and stamina.

The 36-hole championship match has come down to the wire in each of the last four years, with Ryan Davis taking a 2-and-1 victory at Arcola, Matt Mattare surging late for a 1-up win at Laurel Links, Stewart Hagestad holding off Ethan Ng in 38 holes at Country Club of Fairfield, and Peter Kim taking a 1-up win at Baltusrol.

This year's qualifying takes place at six sites throughout the Met Area.

July 1 - Wiltwyck Golf Club, Kingston, N.Y.
Qualifying Positions: 5 & ties
Results
Saptak Talwar of Golf Performance Center carded a 3-under 69 to lead six players to Hudson National Golf Club. Talwar tallied six birdies on the day en route to his medalist honors. David Weisfeld of Hudson National posted the only other score in red figures with a 1-under 71. Josh Goldenberg of Fenway and Dan Gabel of McCann both carded even-par 72s while John Felitto of Echo Lake and Justin Lane of Woodstock notched rounds of 1-over 73 to advance.

July 9 - The Vineyards Golf Club, Riverhead, N.Y.
Qualifying Positions: 5 & ties
Results
Hunter Semels of North Hempstead and Ben Pirro of Long Island National paced the field with 5-under 65s to lead five players to Hudson National. Zachary Grossman of South Fork tallied a 4-under 66, while 2018 Carter Cup champion Carter Prince of Huntington Crescent and Brett Cooper of Seawane both  carded 3-under 67s to move on to the championship proper as well.

July 18 - Inwood Country Club, Inwood, N.J.
Qualifying Positions: 9 & ties
Results
Leading the pack after carding a 4-under 67 was Ryan Coughlin of Westchester Country Club. Robert McHugh of Darlington followed with a 3-under 68, while nine others earned their way to Hudson National by shooting even-par 71 or better.