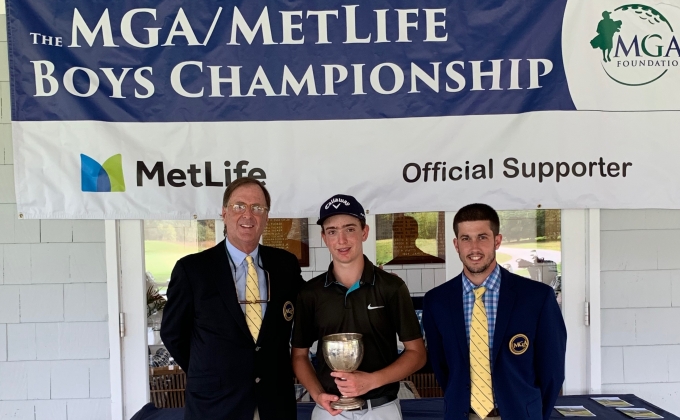 Greyserman, 14, defeated Zachary Shallat, 15,  of Dix Hills, N.Y., in the final 18-hole match, 2&1. Greyserman and Shallat kept the match tied through the first 5 holes. After some back-and-forth with Shallot winning the 6th hole and then Greyserman winning the 8th, they finished the first nine holes tied. With a birdie on the par-3 12th, Greyserman took a 1-up lead which he was able to hold on to throughout the remainder of the match. He closed out the match on the 17th hole for his first MGA victory.

To get to the final championship match, Zachary Shallat had to face his brother Sean, 13, in the semifinal match. Greyserman defeated Tyler Lee of Franklin Lakes, N.J., in his semifinal match.

The MGA/MetLife Boys Championship is conducted over two days and four rounds of match play. The MGA is proud to partner with MetLife to host this junior championship, and thanks MetLife for the continued support of junior golf and the MGA's Foundation programs.