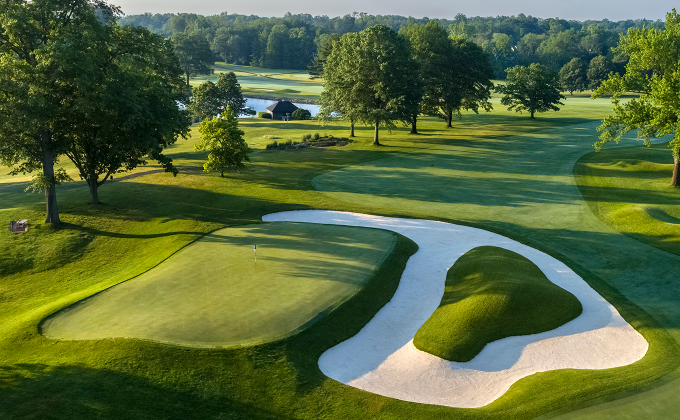 ELMSFORD, N.Y. (August 1, 2022) – The MGA’s oldest championship makes its long-awaited return to Fenway Golf Club in Scarsdale, N.Y., as the A.W. Tillinghast layout welcomes the 120th Met Amateur Championship, August 4-7. The club, which stands among 19 MGA member clubs that have hosted all three of the MGA’s Majors—the Ike, Amateur and Open—welcomes the Met Amateur for the second time after hosting it in 1953.

The field includes 70 of the Met Area's top amateurs, who will first compete over 36 holes of stroke play qualifying on Thursday to see who advances to the 16-player bracket. Two rounds of match play follow on Friday, with the semifinals taking place Saturday and the 36-hole final determining a champion on Sunday. The championship always stands as a test of both skill and stamina and has been claimed by the likes of Walter Travis, Willie Turnesa, Frank Strafaci, Dick Siderowf, Jerry Courville, Sr., George Zahringer and many more through its noted history.

Past Champions
Four past champions are slated to compete in the field at Fenway, including five-time champion George Zahringer of Deepdale (1982, ‘84-‘87), Michael Stamberger of Spring Lake (2003), Pat Wilson of Hamilton Farm (2013) and reigning champion Garett Engel of Old Westbury.

Making it to Match Play
Earning a spot in the field alone proves your game is in top shape, but making match play multiple years and consecutively is an even higher bar to reach. Two-time reigning MGA Player of the Year Mark Costanza of Hamilton Farm is the lone player in the field who’s reached match play in each of the last two Met Amateurs.

Back in the Bracket?
Joining Engel and Costanza in the field as players who advanced to match play in 2021 at Plainfield are Johnny Bush of Plainfield, Prescott Butler of Piping Rock, Andre Chi of Deepdale, Brendan Hansen of Spring Lake, Ng, William O’Neill of Spring Brook, Randolph, and Brad Tilley of Sleepy Hollow.

Champions upon Champions
An incredible 22 of 70 players in the field have won an individual MGA championship:

MGA Grand Slam
Jerry Courville, Sr., George Zahringer, and Johnson Wagner stand as the lone players who have won all three MGA Majors. Having won the Met Open in 2020 and coming off a victory in the Ike at the end of June, Sample has a chance to join this exclusive list at Fenway. Sample also has some positive experience to build off at Fenway, having won the club’s annual Mittelmark Invitational (36 holes of stroke play in one day) in 2021.

Building Toward the U.S. Amateur
The U.S. Amateur Championship is quickly approaching and six players competing at Fenway are also in the field at The Ridgewood Country Club in Paramus, N.J., including Cavaliere, Costanza, Lowe, O’Neill, Sample, and Jackson Fretty of Greenwich.

Becoming Clearer
Following his finish as low amateur in the New Jersey Open, Costanza returned to his familiar spot atop the MGA Player of the Year points listing. The winner of the Met Amateur receives 275 points, with the championship typically helping provide further clarity among the top contenders. Overall, 15 of the top-20 on the current points list are in the field.

From Baltusrol to Fenway
Ethan Lee of Colts Neck and Mark Yan of Trump National Hudson Valley will enter Thursday’s 36 holes at Fenway coming off a 36-hole day at Baltusrol Golf Club in the 20th MGA Carter Cup on Tuesday.

Fenway Golf Club
• The club, originally “Fenimore Golf Club,” was established in 1921, with both an 18-hole and a 9-hole course for women—both designed by Devereux Emmet opening in 1922.
• The original layouts were short lived, with A.W. Tillinghast replacing the courses with today’s 18-hole course in 1924.
• The course is known for its sloping greens, most of which are protected by deep bunkers and narrow entrances.
• Gil Hanse has completed work on the course in recent years, including expanding greens to recapture end hole locations.
• The club is hosting its fifth MGA Major, previously welcoming the 1953 Met Amateur, 1955 and 1969 Met Opens and 2007 Ike.
• The club will serve as the stroke-play co-host for the 2023 U.S. Mid-Amateur Championship, hosted by Sleepy Hollow Country Club.