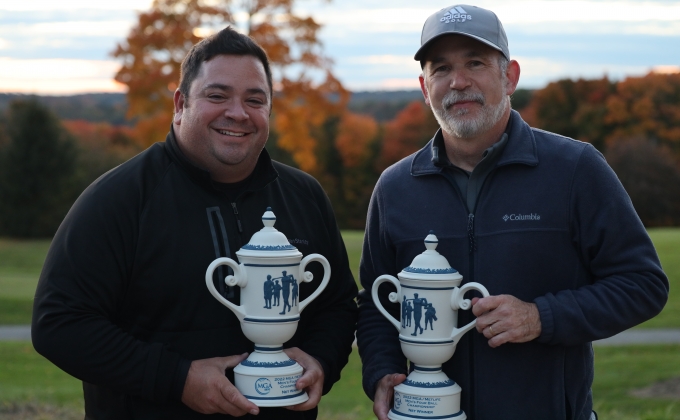 ARMONK, N.Y. (October 19, 2022) - After a five hole playoff, Steven Schwab & Andrew Fishman of Esquire Men's Golf Club won the 45th MGA/MetLife Men's Four-Ball Championship at The Summit Club at Armonk. Schwab and Fishman, along with Kevin McDonald & Michael Hynes of Leewood Golf Club both carded net rounds of 5-under, making it necessary for a playoff to determine a champion.

After a great back-and forth over the course of the first four playoff holes, Schwab and Fishman made birdie on hole nine, the fifth playoff hole, to clinch the championship. McDonald and Hynes earned second place in the Net Division after finishing runner up in the playoff.

In the Gross Division, Kevin Gordon and Edward McCann of Wykagyl Country Club & Matt Corrigan and Robert Kerning of Nassau Players Club tied for the low round of the day at 1-under par. Corrigan & Kerning won due to the fact that Gordon & McCann finished third in the Net Division, making them ineligible for the Gross title.