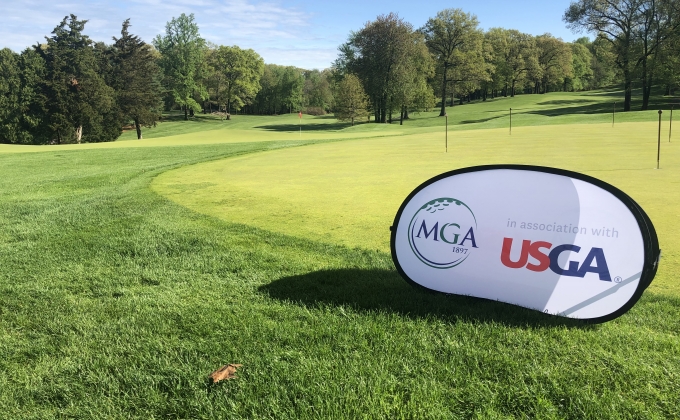 Demarest, N.J. – Thomas Kalinowski of Scottsdale, Ariz., carded a 5-under 67 to finish as medalist at Monday’s U.S. Open Local Qualifying Round at Alpine Country Club. Kalinowski returned to the Northeast to qualify after having success here before, as he was the medalist in 2015 at nearby Montammy CC in 2015 and has advanced to the Sectional Stage a handful of times in the past.

Stephen Shellock of Shrewsbury, N.J., finished late in the afternoon with a 4-under 68 to safely qualify. Shellock is the head professional at Suneagles Golf Club in Eatontown, N.J.

The defending Met Amateur champion Ryan Davis of Berkeley Heights, N.J. finished with a 3-under 69 to earn a qualifying position. Davis is currently wrapping up his junior year at Penn State; he advanced to the sectional in 2018 at Canoe Brook where he finished as second alternate.

Another past Met Amateur champion also found success at Alpine – Ryan McCormick of Middletown, N.J., carded a 2-under 70. McCormick has spent the past few years competing on the web.com and PGA Tour and the Mackenzie Tour (PGA Tour Canada). This will be McCormick’s fifth trip to sectional qualifying.

Three competitors headed to a playoff to determine the final two qualifying positions with scores of 1-under 71: amateur Florian Schroedl of Germany, amateur Thomas McCarthy of Rye, N.Y., and Peter Ballo of Stamford, Conn. After the first playoff hole, Ballo and Schroedl, who attends Fairleigh Dickinson University in Teaneck, earned the final two qualifying positions. Thomas McCarthy is the first alternate.

Louis Bodine of Three Bridges, N.J., is the second alternate after an even par round.

This year, the MGA will conduct four U.S. Open local qualifying rounds throughout the Met Area, at Laurel Links CC (5/7), Rockaway Hunting Club (5/8) and Hollow Brook GC (5/9). Local qualifying, played over 18 holes at 109 sites in the United States and one in Canada, takes place between April 29-May 13 and entrants must have a Handicap Index not exceeding 1.4, or be a professional. The MGA will conduct a Sectional Qualifying Round on Monday, June 3 at Old Oaks CC and Century CC. Follow along with U.S. Open Local Qualifying