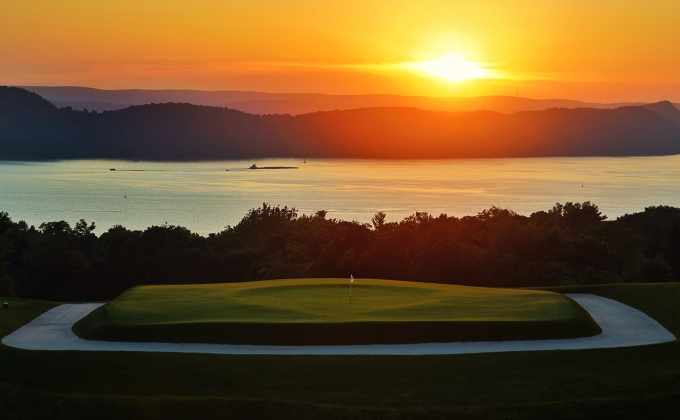 “The USGA is pleased to work in a collaborative effort with both Sleepy Hollow Country Club and Fenway Golf Club in bringing the U.S. Mid-Amateur for the first time to the Hudson Valley and Westchester County,” said John Bodenhamer, USGA senior managing director, Championships. “An international field of 264 players competes for the Robert T. Jones Jr. Memorial Trophy from the more than 4,500 who file entries each year. The competitors will undoubtedly enjoy two historic and challenging courses.”

Sleepy Hollow Country Club was designed by Charles Blair Macdonald, a major figure in early American golf, along with his engineer Seth Raynor and opened for play in 1913. A.W. Tillinghast expanded the facility to 27 holes in the late 1920s. Gil Hanse and George Bahto recently restored the original character to the club’s courses.

Sleepy Hollow will be hosting its second USGA championship. The club was the site of the 2002 U.S. Women’s Amateur, when Becky Lucidi defeated Brandi Jackson, 3 and 2, in the 36-hole final. Sleepy Hollow has also been the site of three Metropolitan Golf Association Met Amateurs (1944, 1965, 1983), five Met Juniors and the 2011 Met Open.

“Sleepy Hollow is honored to host the 43rd U.S. Mid-Amateur Championship and welcome some of the best amateurs in the world to our historic golf course overlooking the majestic Hudson River,” said John Simons, club president. “Our golf course is a C.B. Macdonald original and its recent renovation by Gil Hanse and his team has restored the course to those roots. We expect the course to provide an exciting championship and a memorable presentation of one of the nation’s most prestigious amateur golf events.”

Fenway Golf Club was originally known as Fenimore Country Club and Devereux Emmet designed the first 18-hole layout. The course was replaced by A.W. Tillinghast in 1924 and the club reorganized under its current name 12 years later. Hanse restored the green and bunker complexes and reestablished Tillinghast’s original sightlines. The club has hosted the 1953 Met Amateur, two Met Opens, the 2000 Met Senior Open and the 2007 Ike Stroke Play.

The U.S. Mid-Amateur was first played in 1981. The championship is open to amateur golfers age 25 and older with a Handicap Index® not exceeding 3.4. The championship features 36 holes of stroke play before the field of 264 is cut to the low 64 scorers for match play. The winner of the championship earns an exemption into the following year’s U.S. Open Championship and the champion and runner-up are also exempt into the next U.S. Amateur Championship.

The 2023 U.S. Mid-Amateur will be the 75th USGA championship played in New York. The Empire State previously hosted the U.S. Mid-Amateur in 2010 at Atlantic Golf Club in Bridgehampton. The 120th U.S. Open will be hosted by Winged Foot Golf Club, in Mamaroneck, on June 18-21, 2020.