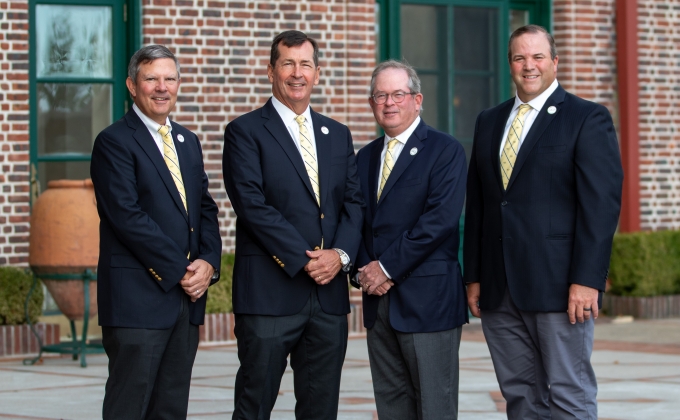 ELMSFORD, N.Y. (December 3, 2020) - The Metropolitan Golf Association virtually celebrated its 123rd Annual Meeting and 2020 Award winners through a series of video presentations and a digital annual report. In lieu of an in-person gathering this year, these videos celebrated all that the Association accomplished in 2020 as well several award winners and honorees.

Andrew G. Stock of Metedeconk National was elected to serve as the 65th President of the Association and will lead the MGA's Executive Committee. He also becomes Chairman of the MGA Foundation's Board of Directors. Stock was elected to serve as Secretary/Treasurer of the Association in 2016 and succeeds Tod D. Pike of Apawamis who served the traditional two one-year terms in the President position.

Patrick L. Donnelly of Garden City (Vice President) and Ned Zachar of GlenArbor (Treasurer) were also elected as offers. Gregg Angelillo of Baltusrol will serve as the Secretary. Three new members will join the Executive Committee: Darin Goldstein of Deepdale, Trevor Randolph of Arcola, and Damon Wright of Winged Foot. As President of the Long Island Golf Association, David Mattana of Fresh Meadow will serve as a Special Member.

The 2020 Award winners celebrated included Dan Hicks, who was honored with the MGA's highest honor - the Distinguished Service Award. Hicks was recognized for his commitment to giving his time and support to the game, especially here in the Met Area.

Mark Costanza of Hamilton Farm was named the 2020 MGA Jerry Courville Sr. Player of the Year after an impressive season that included memorable wins at the MGA Ike Championship and New Jersey State Open. After an amazing win at the Met Open and the Met Junior, Luke Sample of New York, N.Y., earned the MGA Junior Player of the Year Award, Presented by Callaway.

It was announced that Mike Schlein is the recipient of the 2020 Gerald T. Mahoney Volunteer of the Year. This award will be formally presented at the 2021 MGA's Tournament Officials Seminar.

In 2019 the MGA introduced its newest platform, the MGA Honors. Through the Hall of Merit component, individuals are recognized and celebrated for their contributions to the game of golf both here in the Met Area on a national level. This year's four inductees into the Hall of Merit are: Jules Alexander, Genevieve Hecker Stout, C.B. Macdonald and John Shippen.