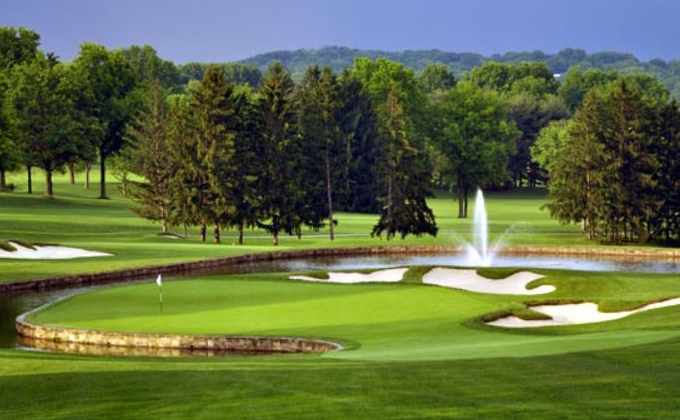 UPPER ST. CLAIR, Pa. (August 14, 2018) – Behind scores of 224 and 226 (+18 overall), the MGA on Tuesday finished in fifth place in the 55th Williamson Cup, hosted by the Pennsylvania Golf Association at St. Clair Country Club, just south of Pittsburgh. Western Pennsylvania (219, 224; +11) came away with the title in the junior golf event which features 11 golf associations from the northeast in a 36-hole stroke play competition, counting the best three of four scores for each round.

Brendan Hansen of Spring Lake, N.J., paced the MGA quartet, posting rounds of 74-73 en route to a 3-over 147 and a tie for second individually, just one stroke behind the Washington Metropolitan Golf Association's Carlo Pizzano.

ELMSFORD, N.Y. (August 9, 2018) – Team MGA is set for the 55th Williamson Cup, which this year is hosted by the Pennsylvania Golf Association and takes place August 14 at St. Clair Country Club, just south of Pittsburgh.

Representing the MGA will be Jack Boatwright of Fairfield, Conn., Will Celiberti of Ridgewood, N.J., Brendan Hansen of Spring Lake, N.J. and James Pak of Palisades Park, N.J.

The Williamson Cup is a highly regarded junior event that pits 11 northeast golf associations against each other in a 36-hole stroke play format. Four juniors represent each team and the best three scores from each round count toward each team’s overall score.

The event was established by Fred E. Williamson in 1964, in memory of his father, one of the original founders of Winged Foot Golf Club—where it was first held and won by the Washington Metropolitan Golf Association.

The MGA team has a strong history of winning the highly competitive event. Most recently, the MGA brought home the cup in 2015 when the event was contested at Saucon Valley Country Club. Last year, Chris Gotterup of Little Silver, N.J., claimed the individual title, firing rounds of 72-66 at Pittsburgh Field Club. The MGA has won the Williamson Cup 11 times, second only to the Golf Association of Ontario’s 12 victories.

With the location of the event rotating among the involved golf associations, the MGA last hosted the event in 2013 at Sleepy Hollow.

Take a deeper look at the MGA’s 2018 team set to compete in the Williamson Cup: