Costanza's Run Ends In Round of 16

Costanza's Run Ends In Round of 16 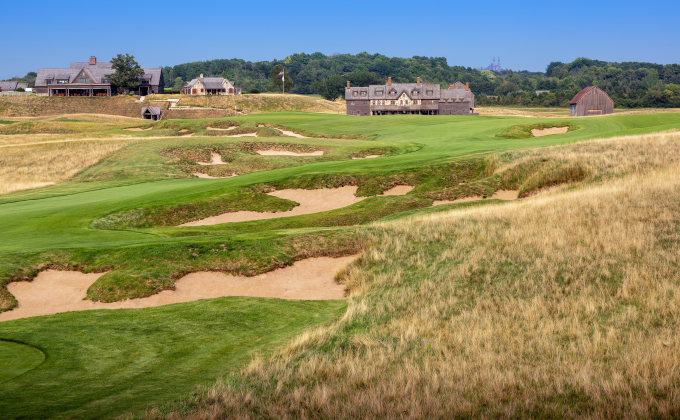 ELMSFORD, N.Y. (September 15, 2022) – Mark Costanza of Morristown, N.J. put on another impressive show at the U.S. Mid-Amateur at Erin Hills before dropping his Round of 16 match on Thursday morning. With the strong showing, Costanza will take first place in the MGA Player of the Year standings, looking to win the award for a third straight year.

WEDNESDAY UPDATE: Costanza began his day against Gregor Orlando of Haverford, Pa. After trading blows back and forth over the first 11 holes, Costanza took a 1-up lead on the 12th with a birdie. Both golfers made par on the next three holes before another Costanza birdie on the par-3, 16th to push the match to 2-up in his favor. He would close things out with a par on the 17th, notching a 2 and 1 win.

In his next match, Costanza got up early on Jason Steiner of Fort Mill, S.C., and never looked back. Two birdies over his first six holes gave Costanza a 2-up lead heading to the turn. A birdie on 10 solidified a comfortable lead for the Met Area veteran and he would eventually end the match 4 and 3 with a par on the 15th hole. Over the course of his two matches, Costanza made just one bogey, a double on his very first hole of the day.

The two-time reigning MGA Player of the Year finished the stroke play round at 2-under. The 2021 U.S. Mid-Amateur Runner-Up shot 2-under at Erin Hills before a steady even par round at Blue Mound – the stroke play co-host for the event – easily pushed him through to the Round of 64.

Costanza went on a magical run during last year’s U.S. Mid-Am Championship at Sankaty Head Golf Club in Siasconset, Mass., eventually falling to 2016 MGA Player of the Year and two-time U.S. Mid-Am Champion Stewart Hagestad of New Port Beach, Calif. He nearly erased a seven-hole deficit, with Hagestad hanging on for a 2 & 1 victory.

2013 Met Amateur Champion Pat Wilson of Andover, N.J., made it through to match play but was upeneded in the Round of 64.

Tom McCarthy of New York, N.Y., roared back inside the cut line during his second round, shooting a 4-under, 66 at Blue Mound to make the match play bracket. He was dominant in a 7 and 6 victory in the Round of 64, but ultimately fell in 21 holes to Chad Wilfong of Charlotte, N.C., in the Round of 32.

Costanza will tee off at 8:10 am tomorrow morning, while Hagestad will begin his day at 8 am.