Tuxedo Club to Welcome Met Junior for the First Time

Tuxedo Club to Welcome Met Junior for the First Time 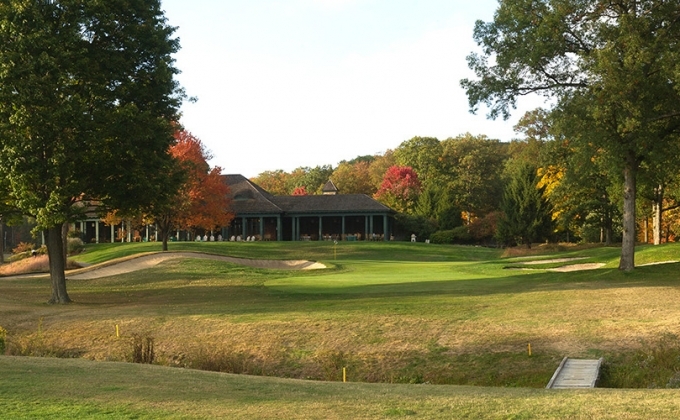 Sixty-one of the Met Area’s top junior competitors will head to historic Tuxedo to vie for the nation’s oldest junior championship. The MGA Foundation conducts the Met Junior as part of its extensive youth programming, which is supported by MetLife. MetLife’s particular support of the MGA Foundation is a testament to the company’s longstanding mission of giving back, and allows the MGA Foundation to continue instilling the values and traditions of golf in the next generation of golfers through a variety of innovative programs and junior championships.

The list of Met Junior champions to hoist the prestigious Mandeville Trophy includes the likes of Butch and Bill Harmon, Marc Turnesa and more recently Michael Miller and Cameron Young. The field this year once again contains a deep list of rising stars looking to etch their name in MGA history.

Another Run
Cole Ekert of Chatham, N.J., and Tyler Lee of Franklin Lakes, N.J., both made runs to the semifinal round last year before falling to eventual runner-up and champion, James Allen and Luke Sample, respectively.

Back Again
Ekert and Lee aren’t the lone players returning after advancing to match play last year. Others include quarterfinalists Colin Summers of Westfield, N.J., and Dean Greyserman of Short Hills, N.J., as well as Round of 16 qualifiers Liam White of Ho-Ho-Kus, N.J., Reed Greyserman of Short Hills, N.J., Will Lodge of Darien, Conn., and Derek Weaver of Hackettstown, N.J. Meanwhile, Garrett Kessler of North Caldwell, N.J., advanced to match play in the Met Junior in 2019.

Regional Champs in the Field
Regional junior champions will aim to add another junior title to their resume this summer. Andrew Chen of Whitestone, N.Y., and Sean Shallot of Dix Hills, N.Y., captured the Long Island Junior and Boys’ titles, respectively, at Smithtown Landing on June 21. Tyler Donnellan of Riverside, Conn., fired an impressive 65 to win the Westchester Junior Championship, while Harrison Browne of Westport, Conn., defended his Westchester Boys title, both winning at Westchester Hills Golf Club on June 30.

More Match Play
Charlie Berridge of Scarsdale, N.Y., and Lucas Rizo-Patron of Rye, N.Y., are fresh off runs in the Westchester Amateur and will aim to carry that success through on-site qualifying and match play at Tuxedo. Berridge advanced to the semifinals, while Rizo-Patron—the youngest in the Met Junior field at 14 years old—won a pair of matches to advance to the quarterfinal round.

MGA Boys & Met Junior
Last year, Luke Sample became the 11th player to win both the MGA Boys and Met Junior in his career. This year, two-time MGA Boys champion Reed Greyserman is the lone player with the opportunity to add his name to that list.