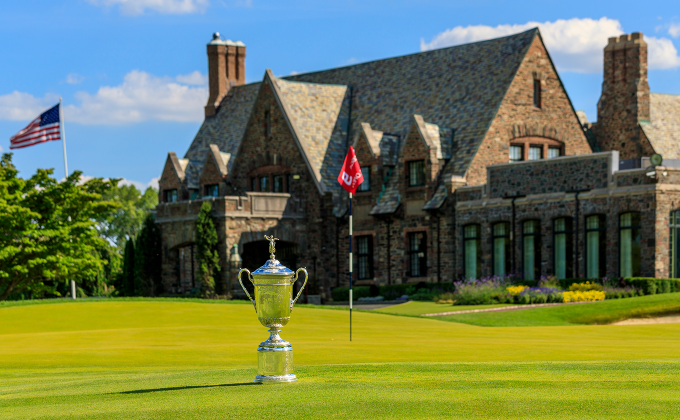 “Winged Foot has provided the backdrop for some of the most dramatic moments in the history of our sport, with many of golf’s legendary champions being crowned on the club’s iconic West Course,” said John Bodenhamer, USGA chief championships officer. “We strive to provide players with the greatest stages on which to compete for a national championship, and there are few stages as grand as Winged Foot.”

Located in Westchester County, N.Y., Winged Foot features two 18-hole golf courses – the West and the East – both of which were designed by A.W. Tillinghast and debuted in 1923. The championship will be contested on the West, which was renovated and restored by Gil Hanse in 2018.

“Today is an incredible moment for all of us here at Winged Foot,” said Rob Williams, president of Winged Foot Golf Club. “Our club has a long history of hosting this nation’s greatest men’s and women’s championships and we look forward to helping write another chapter in the story of our great sport in 2028.”

The 128th U.S. Open will mark the seventh time the championship has been held at Winged Foot. It will also be the 14th USGA championship to be hosted by the club. During its 100-year history, the club has been the site of six U.S. Opens, two U.S. Amateurs, two U.S. Women’s Opens, one U.S. Senior Open, one U.S. Amateur Four-Ball and one Walker Cup Match. In addition, Winged Foot hosted the 1997 PGA Championship.

In 1984, Fuzzy Zoeller won his lone U.S. Open title by defeating Greg Norman in an 18-hole playoff. Geoff Ogilvy posted a dramatic one-stroke victory over Jim Furyk, Phil Mickelson and Colin Montgomerie in 2006. In the most recent U.S. Open at Winged Foot in 2020, Bryson DeChambeau was the only player under par as he registered a six-stroke victory in the first U.S. Open contested in September in 107 years.

In 2028, Winged Foot will match Baltusrol Golf Club, in Springfield, N.J., as the second-most visited U.S. Open host site. Oakmont (Pa.) Country Club has hosted the championship nine times, with its 10th scheduled for 2025. The 128th edition of the U.S. Open will be the 22nd contested in New York, the most of any state.

Matt Fitzpatrick hoisted the U.S. Open Trophy last June after completing a one-stroke victory at The Country Club, in Brookline, Mass., where he also triumphed in the U.S. Amateur nine years earlier. The Englishman joined 18-time major champion Jack Nicklaus as the only golfers to have won the USGA’s two oldest championships at the same venue. To be eligible for the U.S. Open, a competitor must have a Handicap Index® not exceeding 1.4, or be a professional.