Wall Repeats as MGA Junior Player of the Year

Wall Repeats as MGA Junior Player of the Year 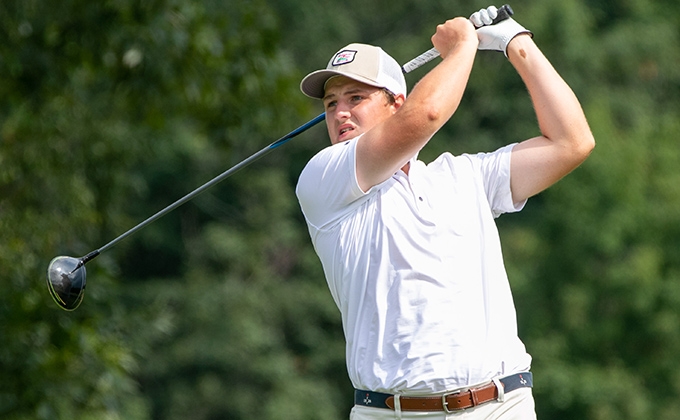 ELMSFORD, N.Y. (November 1, 2019) – For the second straight year, the Metropolitan Golf Association is pleased to announce Jack Wall of Brielle, N.J., as the recipient of the MGA Junior Player of the Year Award, Presented by Callaway. Thanks to yet another consistent season, Wall becomes the first two-time winner of the honor, which is in its third year. The MGA will recognize Wall and his achievement during its 122nd Annual Meeting & Dinner on Wednesday, December 4 at Westchester Country Club in Harrison, N.Y.

“It means a lot to me to be the first two-time winner of the award,” said Wall, 18, who has continued his strong play in his first collegiate season at University of South Carolina. “To end my junior golf career with this award is really special to me.”

Advancing to match play in the U.S. Junior Amateur, finishing as runner-up in the New Jersey Amateur and advancing to the quarterfinal of the Met Amateur highlighted Wall’s summer. All three of those results earned Wall 100 or more points in the season-long point race, which has captured the attention of the Met Area’s top juniors since its introduction in 2017.

Wall’s steady summer also included him advancing to U.S. Open sectional qualifying, logging his fourth career top-10 finish in the Carter Cup and finishing as runner-up in New Jersey’s William Y. Dear Junior. Making the cut at both the Ike and New Jersey State Open also earned him points, ultimately leading him to the top of the listing with 571 points.

“The strong points of my game this summer were my driving and ball striking,” said Wall, a graduate of Christian Brothers Academy. “I was also really proud with the improvements I made to my wedge game throughout the season.”

The MGA welcomed Callaway Golf as the Association’s championships partner in January of 2017. Elements of the partnership included Callaway tying its name to some of the country’s oldest and most prestigious championships including the Met Open and becoming the launch sponsor for the MGA’s first-ever Junior Player of the Year Award.