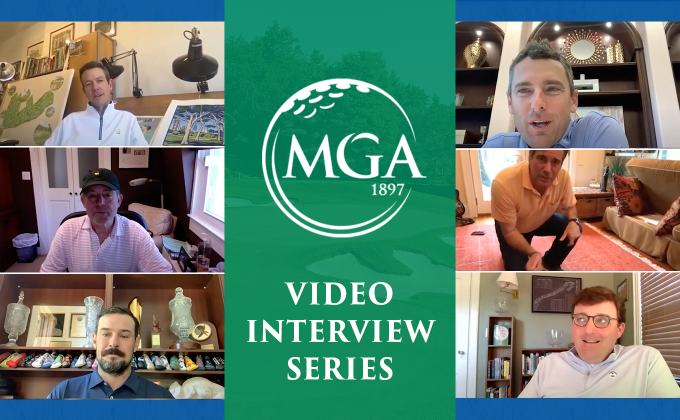 Over the past month, the MGA has interviewed several individuals in golf on their golf careers and ties to the Met Area.

LPGA Tour Player and New Jersey Native Marina Alex joined us to talk about what it was like growing up and competing in the Met Area, playing her way onto the LPGA Tour, competing in the 2019 Solheim Cup and what her skills off the course.

Rich Lerner discusses how he found his love for golf growing up and how he'll be preparing for his next live event with Golf Channel.

Lexus Brand Ambassador Charles Howell III touched on his favorite courses in the Met Area, what it was like playing his first Masters in his hometown, and how he expects the U.S. Open will play in the fall at Winged Foot Golf Club.

Jimmy Roberts of NBC Sports joined us to talk about how he began his career and what his favorite memories are in the world of golf.

In our two part interview with Johnson Wagner, we touched on his PGA Tour career and his historic run in MGA Championships in the early 2000s.

Brian Crowell of Osiris Country Club shares best advice on how you can utilize your home to practice your game.

Golf artist Lee Wybranski, who is famous for creating drawings and paintings for golf organizations and facilities across the country, joined us to talk about how he honed in on golf and art for his career.

We spoke with Brett Cyrgalis, who just released his first book "Golf's Holy War: The Battle for the Soul of a Game in an Age of Science."