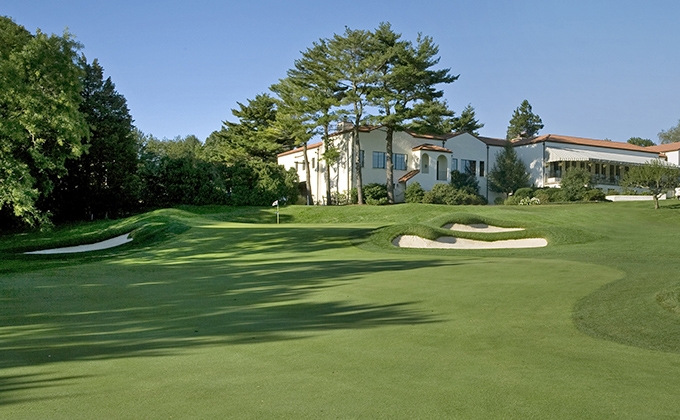 ELMSFORD, N.Y. (October 3, 2019) -- The MGA will crown its final individual champion of the 2019 season next week, as the 13th MGA Mid-Amateur Championship takes place Oct. 7-8 at Wee Burn Country Club in Darien, Conn.

The Mid-Amateur stands as the MGA’s second youngest championship. It debuted in 2007 at Hudson National and has been staged upon some of the Met Area’s most revered venues, with Tamarack Country Club, Bayonne Golf Club, and Maidstone Club hosting the most recent playings. The event is an invitational to competitors at least 30 years of age based on finishes in MGA and Met Area events. The trophy, the Westmoreland Cup, is named for longtime MGA Tournament Director Gene Westmoreland.

Wee Burn, a three-time host of the U.S. Women's Amateur, is welcoming an MGA event for the sixth time, last hosting the Senior Amateur in 2008. The club was established in 1896 in Noroton and in 1923 relocated to Darien, opening its Devereax Emmet layout two years later. The course is characterized by small greens often surrounded by either mounds or dropoffs, while a pair of it's namesake "burns" or streams affect play on eight holes.

Up For Grabs
While reigning champion Darren McCormack is not in the field, seven top-10 finishers from last year at Maidstone return to the field in hopes of another top finish, including runner-up Goldstein and fourth-place finisher Chester Patterson of Darlington.