WMGA/MGA Women's Am Heads To Southampton

WMGA/MGA Women's Am Heads To Southampton 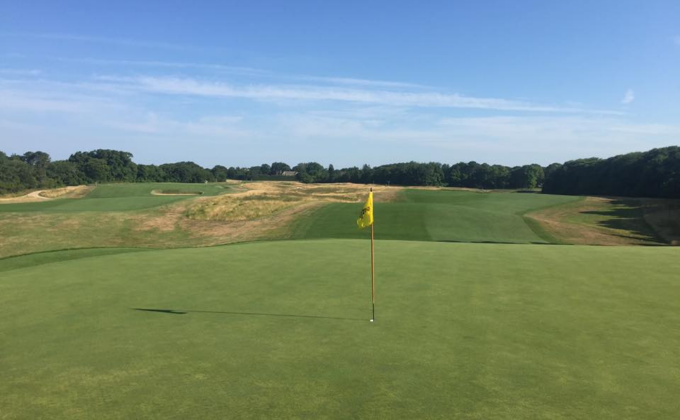 ELMSFORD, N.Y. (June 3, 2021) -- On Tuesday, June 8 the best amateur women in the Met Area will tee off at historic Southampton Golf Club in the 19th WMGA/MGA Women’s Met Amateur Championship. The Seth Raynor design is as classic as it gets and should provide a terrific setting for the 18-hole championship. Ina Kim-Schaad, who won the last WMGA/MGA Women’s Met Amateur at Somerset Hills in 2019, will not be in the field this year. She has won three of the last four events. The event has been held since 2002, with the MGA and WMGA co-administering it since 2012.

This season, a new face will grace the podium as no past champions are in the field of 43 women. Southampton should provide a stiff test for the women and will mark the first time since 2016 that the championship has been held on Long Island.

Denise Martorana of Southampton brings plenty of past competitive experience to the field, as well as a wealth of knowledge on the course itself. She was the WMGA Stroke Play champion in 2011 and was awarded the WMGA Player of the Year award in 2016. In 2019 she also finished runner-up at the 116th Match Play Championship at Fiddler’s Elbow Country Club.

Maki Drake of Inwood Country Club is also in the field, coming off a strong 2020 season. She finished inside the top ten in six WMGA events, including a win at a one-day stroke play event at Lake Isle Country Club in Eastchester, NY.

Stacie MacCourtney of the Weekenders Women’s Golf Club is the most recent winner in the field. Recently she put together a strong performance at Rock Spring to claim the 23rd WMGA/MGA Women’s Public Links Championship.

Marian Bennis of North Shore Country Club and Cheryl Russell of Muttontown Club, winners of the 30th Sis Choate Pinehurst Tournament in 2019, will each look to claim the top spot, this time competing against each other and not together like during their 2019 win.

With a new winner of the event guaranteed, the 19th WMGA/MGA Women’s Amateur should be an exciting event, with plenty of unknowns before things get underway Tuesday morning. Scoring for the tournament will be available on mgagolf.org and My MGA App, and follow along with @MGA1897 on social platforms for updates throughout the day.