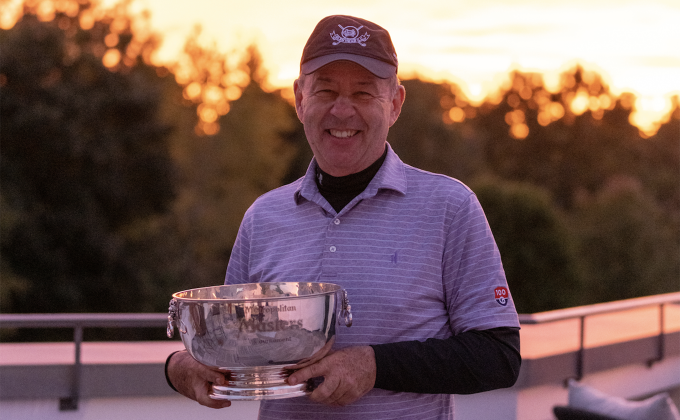 BRONXVILLE, N.Y. (September 29, 2022) - Tom Yellin of The Stanwich Club won the 11th MGA Senior Masters Tournament, finishing one stroke clear of the field with a round of 4-over 75 at Siwanoy Country Club.

On a day where the course was playing tough, Yellin made just four bogeys.

“When I saw the conditions on the very first hole, I knew the course would be very challenging today," Yellin said. "The greens were super fast, uphill putts could roll ten feet by if you weren’t careful. I three putted twice all day, which on these greens was really good. I hit the ball solid and overall, I was very pleased with my round.”

Yellin, 69, is a longtime member of the MGA and has competed in numerous championships over the years.

“One of my goals in life has been to win an MGA individual title, and I’ve come close a couple of times but never won," Yellin explained. "So, this win is incredibly meaningful to me. The older I get, the more I cherish being able to play really well competitively."

"It’s so hard to win. This means a lot, especially being an MGA event, I can’t tell you how much I value this organization and the level of talent in this section.”

Thomas Trakoval of Port Jefferson Country Club and Jim Romaniello of Shorehaven Golf Club finished one back of Yellin with rounds of 5-over 76. Romaniello was awarded second place on a match of cards, with Trakoval taking third.

Ken Martin of Hamilton Farm Golf Club earned low net honors with a round of E/71.