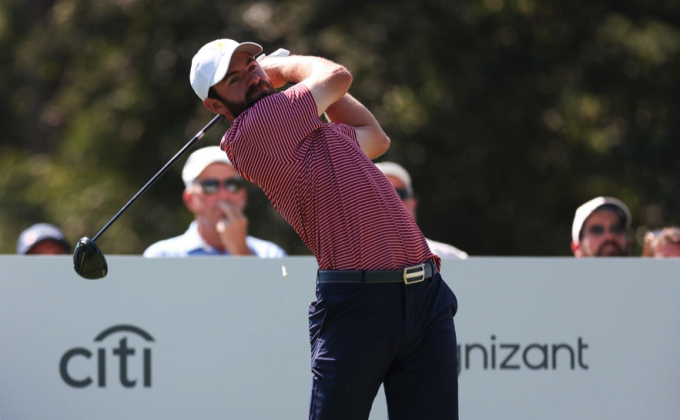 ELMSFORD, N.Y. (September 21, 2022) -- Past MGA Player of the Year Cameron Young makes his Presidents Cup debut this week at Quail Hollow Club in Charlotte, N.C., as the United States team looks to build on its 11-1-1 all-time mark against the International team. The action tees off Thursday with Foursomes matches beginning at 1:05 p.m. Young and Colin Morikawa will be the third match (1:29 p.m.), facing Tom Kim and K.H. Lee.

Young earned one of six captains picks for the 12-person squad, which is led by Davis Love III. Young fired an impressive 9-under 63 in front of Love in July's Rocket Mortgage Classic, where he eventually logged his fifth second place finish of the season. Young advanced all the way to the TOUR Championship in his rookie season, finishing No. 19 in the FedExCup standings.

The Scarborough, N.Y., native's rise in the professional ranks has been well-documented, with Young winning a pair of Korn Ferry Tour events in 2021 en route to earning his PGA TOUR card.

Quail Hollow has hosted the Wells Fargo Championship each spring since 2003, though this year's event moved to TPC Potomac at Avenel Farm due to its hosting of the Presidents Cup for the first time. The layout, which received changes overseen by Tom Fazio in the 1990s, previously welcomed the Kemper Open for 10 years and the World Seniors Invitational for 10 years. It hosted its first major with the PGA Championship in 2017 and welcomes the championship once again in 2025.