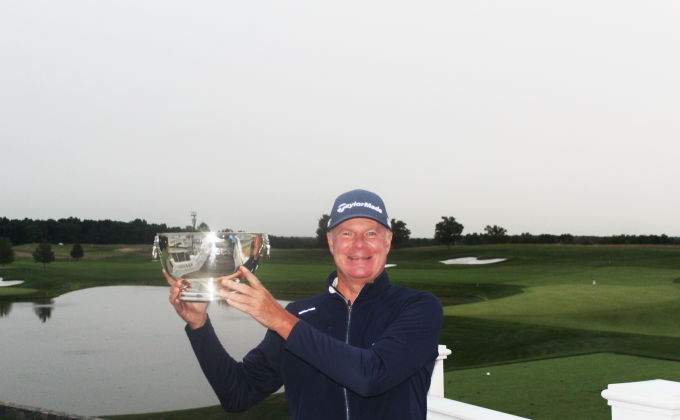 The win didn't come easy for the 10-time MGA Player of the Year. He finished his round with a score of 2-over, tied with Steve Boyd of Baltusrol and John Ervasti of Sleepy Hollow. The trio started a playoff on 18, where Ervasti made a bogey, leaving Zahringer and Boyd to battle it out for the title. After pars on the par-3 10th, which included a great up-and-down from the rough from Boyd, they took on the par-5 11th, where Zahringer ended the playoff after making a par

Zahringer, 67, won the Senior Masters in 2018 (his first year of eligibility) at Fresh Meadow, where Boyd also finished as the runner-up. In last year's event, it was Zahringer who finished as the runner-up, after Jim Graham got his win in a playoff. This was Boyd's second championship of the day - in the morning he won the NJSGA Mixed Pinehurst Championship, played at Roxicitus Golf Club, before heading over to Bedminster.

This is Zahringer's 19th MGA victory across six different championships. "I'm proud of every one, and hopefully I've got at least one more at some point in the future," he said.

John Hamilton of Hudson National won the Low Net prize with a net score of 74, in a match of cards with Lou Buttermark of Richmond County.

The New Course at Trump-National Bedminster played to a par 72 at 6,104 yard for the group of seniors, all age 65 and over.