The MGA Foundation is in full swing for 2008 with a Spring full of activity and exciting events and programs.

ELMSFORD, N.Y. (May 19, 2008) - The road to the 2008 U.S. Open Championship at Torrey Pines in San Diego, Calif., began in early May when the MGA conducted four local qualifying rounds throughout the Met Area. More than 350 local and national players attempted to advance to the sectional qualifying stage, including a number of prominent professional and amateur Met Area players. Among the 27 qualifiers were five former Met Open champions, one former MGA/MetLife Public Links champion and one former Carter Cup-MGA Junior Stroke Play champion.

Every two weeks MGA Senior Director of Rules and Competitions Gene Westmoreland will answer one question posed by the readers of the MGA e-Revision Newsletter (click here to sign up). A reader from Westchester County asked Gene the following Rules question: 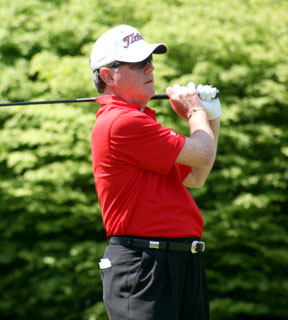