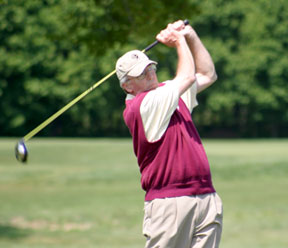 LOCUST VALLEY, N.Y. (May 24, 2007) – On a bright sunny day at the Piping Rock Club, Jay Blumenfeld of Mountain Ridge CC carded an even-par 71 to win the 80th MGA Senior Amateur Championship. The setting, at one of the most prestigious clubs and enjoyable courses on Long Island, matched the high level of play. Doug Vergith of St. George’s G&CC, the 2004 Senior Amateur champion, had a second-round 74 to finish three strokes back.

LOCUST VALLEY, N.Y. (May 23, 2007)  –  Don Lizak of Southampton carded an even-par 71 and holds a two-shot lead after the first round of the 80th MGA Senior Amateur Championship at the Piping Rock Club in Locust Valley, N.Y. 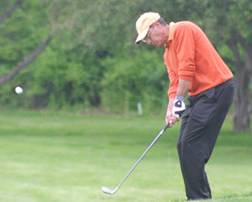 MGA PLAY DAYS ARE BACK!

MGA PLAY DAYS ARE BACK!

ELMSFORD, N.Y. (May 1, 2007) - The MGA is pleased to announce the 2007 MGA Play Day schedule. Play Days, an MGA service started in 2005, are one-day events that offer men and women golfers of all ages and abilities the opportunity to play some of the finer courses in the Metropolitan area.

No Wie, but Plenty of Talent in Field for 2007 U.S. Open Sectional Qualifying Round at Century CC

No Wie, but Plenty of Talent in Field for 2007 U.S. Open Sectional Qualifying Round at Century CC

ELMSFORD, N.Y. (May 30, 2007) – In a far cry from 2006, where Michelle Wie’s appearance in the U.S Open Sectional Qualifying Round at Canoe Brook Country Club drew 4,000 spectators and created a bona fide media frenzy, this year’s Sectional Qualifying Round on June 4th at Century Country Club in Purchase, N.Y., promises to be a more temperate affair. A predominantly local field of 58 players will compete over 36 holes for one of three spots in the U.S. Open Championship at Oakmont Country Club in Oakmont, Pa., on June 14-17. 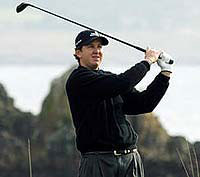 SUMMIT, N.J. (May 25, 2006) - TeenagerMichelle Wie, 16, will attempt to become the first woman in history to qualify for the U.S. Open Championship when she joins the field of 153 players on Monday, June 5th at Canoe Brook Country Club for the 36-hole U.S. 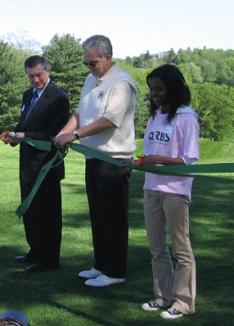 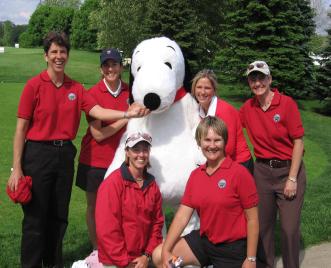 NEW ROCHELLE, N.Y. (May 20, 2006) – The Metropolitan Golf Association Foundation conducted the first of three annual youth clinics sponsored by MetLife on Saturday during the Sybase Classic at Wykagyl Country Club.