May 12, 2011 – One of the most decorated local professionals in golf history, Yonkers, N.Y., native Doug Ford was inducted into the World Golf Hall of Fame on Monday, May 9, in St. Augustine, Fla. Ford, who won the 1955 PGA Championship, 1957 Masters and 1956 Met Open, collected 19 PGA Tour victories over his career. Ford was also a four-time member of the United States Ryder Cup team, helping the U.S. to three victories.

Met Area Locals One Step Away from Pebble

Met Area Locals One Step Away from Pebble 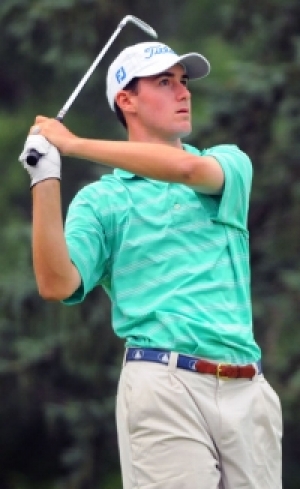 ELMSFORD, N.Y. (May 24, 2010) - The 2010 MGA Foundation “Day of Golf” was held at Friar’s Head in Baiting Hollow, N.Y., on May 24. This was the 16th year of the event, which has become a very special day on the MGA calendar. With more than $100,000 raised in support of the MGA Foundation’s GOLFWORKS Student Intern program, the day was a tremendous success. More than 130 supporters were on hand to enjoy Friar’s Head, which hosted the 2008 Met Amateur Championship and is one of the premier golf courses in the country.

Every month former MGA Senior Director of Rules and Competitions Gene Westmoreland will answer one question posed by the readers of the MGA e-Revision Newsletter (click here to sign up). Gene recently received the following Rules question from a reader:

ELMSFORD, N.Y. (May 18, 2010) - The 2010 Lew Rudin Charity Classic in support of The First Tee of Metropolitan New York was held on Monday, May 17th at Deepdale Golf Club in Manhasset, N.Y. The proceeds from the event support the Lew Rudin/The First Tee Scholarship to New York University and other First Tee programs. Since 2003, six deserving students have been awarded the tuition scholarship based on their academic success and relationship with The First Tee.

MGA Foundation Day of Golf a Success at Friar’s Head 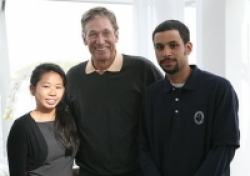 ELMSFORD, N.Y. (May 24, 2010) – Four Met Area collegiate golfers have advanced, along with their respective teams, to the NCAA Division I Men’s Golf Championship, which begins on June 1 at The Honors Course in Chattanooga, Tennessee. Morgan Hoffmann, the 23rd-ranked player in the nation and the 2005 Carter Cup champion, finished t-3 at the Southeast Regional as his Oklahoma State Cowboys, the #1 team in the country, finished first.