WGA Storms Back To Take Stoddard Trophy At Fairfield 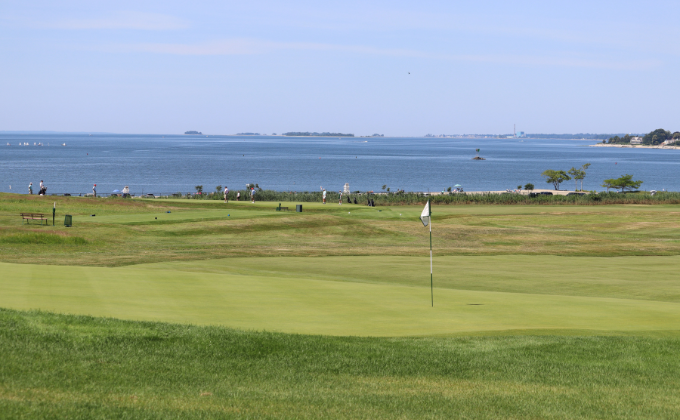 WGA Storms Back To Take Stoddard Trophy At Fairfield

After the morning matches the NJSGA led by 2.5 points over the LIGA, with Westchester comfortably in last position. New Jersey finished the session with 8.5 points, Long Island with 6 and Westchester with 3.5. The combinations of Wall and Vannucci, Randolph and DeJohn, and O’Neill and Ekert each grabbed two full points for the NJSGA.

Westchester made an incredible push during the afternoon singles matches, erasing a 5-point deficit to capture the Stoddard Trophy and thwart another win for the New Jersey State Golf Association. Westchester took X points in the afternoon, allowing them to not just win the trophy, but comfortably take it home.

The afternoon singles matches were largely controlled by Westchester. The WGA won 18.5 points in the round. The LIGA won the fewest afternoon matches, totaling 8 points.

The Stoddard Trophy matches feature amateur golfers from New Jersey, Long Island and Westchester against one another in a Ryder Cup-style team competition. The format includes foursomes (alternate shot) matches in the morning, followed by singles matches in the afternoon.