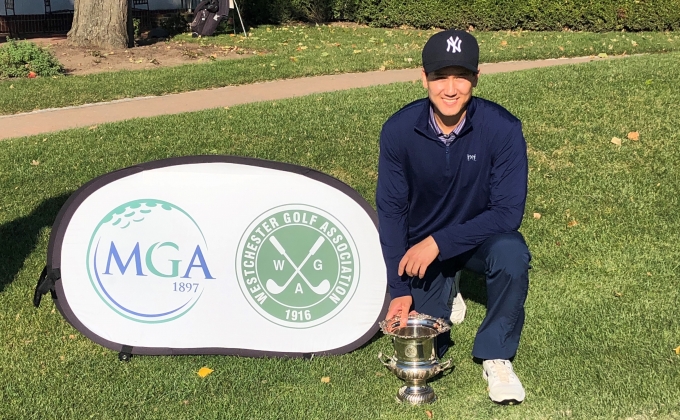 HARRISON, N.Y. (October 23, 2018) – Forty four players competed on the West Course of Westchester Country Club with the hopes of hoisting the trophy at the 9th Westchester Mid-Amateur Championship, however it was Daniel Gabel of McCann who separated himself from the pack and took home the title thanks to a round of even par 72.

Gabel’s consistent play proved to be the deciding factor on the day as he avoided making a big number throughout the round. An early bogey on Hole No. 2 was followed up by a birdie on the next hole, which built the momentum for the rest of the round. Gabel poured in an additional birdie on the long Par 4 6th en route to an outward nine of 1-under 35.

The inward nine proved to be the more difficult part of the course due to its long Par 4’s, however Gabel was able to continue his steady play while the other competitors tripped up. Eight pars and a lone bogey on the final nine holes led to a card of even par 72, which placed Gabel five shots clear of the closest competitor.

Jason Jaworoski of Shorehaven finished runner-up with a round of 5-over 77, while six competitors finished tied for 3rd with cards of 6-over 78, including Patrick Pierson of Hollow Brook, Tom Yellin of Stanwich, Al Tenembaum of Rockland, Geoff Schneider of Rolling Hills, Tobin Whitman of Westchester CC, and John Glavinic of Hollow Brook.

This year’s Westchester Mid-Amateur was shortened to an 18-hole championship after the original tournament was rained out in September.