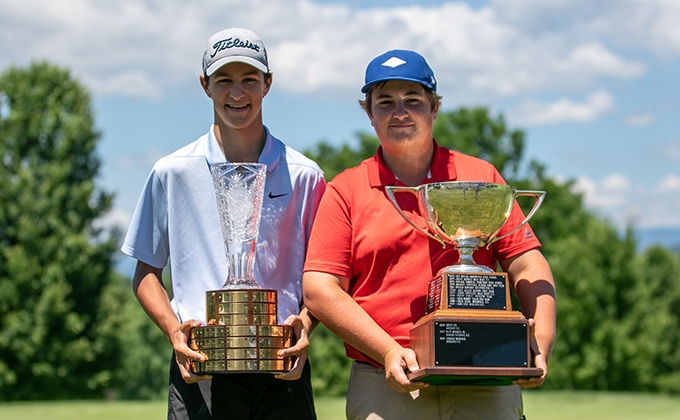 Beney, a recent Rye graduate who will attend Siena in the fall, shot 2-over 74 to earn the victory. Beney played the opening nine in even-par 36. While Beney made birdies on Nos. 11-12 to move to 2-under, he tallied a double-bogey and a pair of bogeys on the way in. However, the 74 gave Beney a one shot win over Kingston, N.Y., native and Wiltwyck member Donte Groppuso.

Walsh, who this spring competed in the National Final of Drive, Chip & Putt at Augusta National, carded a 7-over 79 to earn the 50th Westchester Boys title by two shots over Zachary Shallat. Walsh carded a pair of birdies on the day, one on the par-three 11th and a closing three on the par-four 18th.