Berridge Leads after Day One of Michael Hebron

Berridge Leads after Day One of Michael Hebron 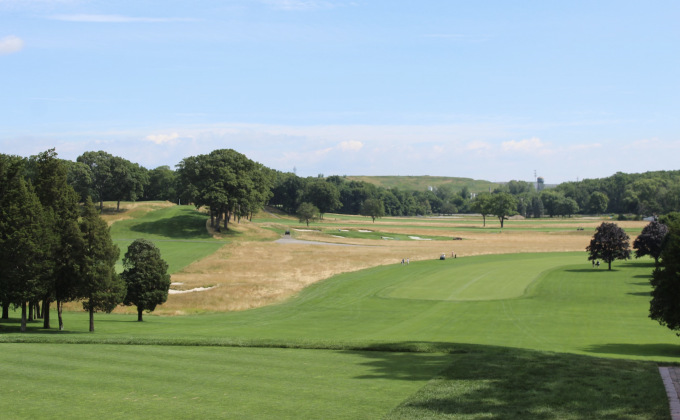 The black course held up in a big way, with only two players coming in under par. Charlie Berridge of Friars Head finished the day with a score of 4-under, good for the solo lead. A strong performance complete with 4 birdies and one eagle led the U.C. Berkley sophmore to the top of the leaderboard.

Michael Auerbach of Bellport Golf Club was the only other player to come in under par, carding a 1-under 70. Joe Ferrone of Nassau (+1/72), Steve Tarulli of Hempstead (+2/73), and Sam O'Hara of Maidstone (+2/73) all sit just a few shots back of the lead. Overall, 43 players qualified for tomorrow's final round.