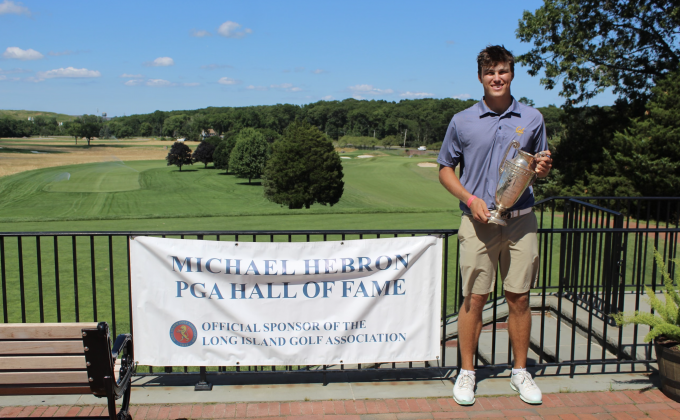 Berridge, a member of UC-Berkeley's golf team, came into today with a three-shot lead after carding a score of 4-under 67 on Wednesday. He hoped to maintain that lead as he teed off with Michael Auerbach of Bellport Golf Club for the final round.

“My mindset was to play another good round," Berridge said. "I knew that I was hitting it well enough to win, so I knew I had to go out there play solid, play smart, and I was able to do that.”

Bethpage has a reputation of presenting challenges to its players, especially when winds pick up. Berridge was the only golfer in the field to finish under par over 36 holes of play. He attributed his success on such a difficult course to his driving and putting.

“I drove it really well and keeping it in the fairway was really important. I putted really well, especially today," Berridge explained. "I made a bunch of big putts that helped me stay in the round.”

Berridge seperated from the rest of the field Thursday by carding four birdies, finishing the final round at 3-over par, and with a total score of 1-under for the championship.

“It means a lot. There’s a lot of events here, a lot of good winners, so it just means a lot especially coming up short of winning my last few events - so it feels really good to finally put the cap on it.”