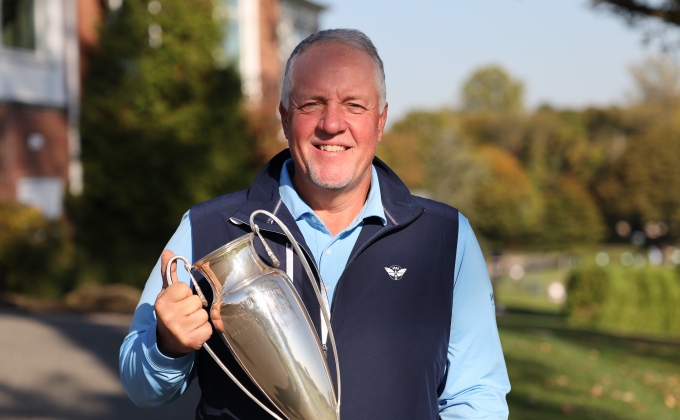 At the conclusion of the final round, Boccia and Dennis Lynch of Baiting Hollow Golf & Country Club were tied at 4-over par. A sudden death playoff was played to determine a champion.

"It was a grind really the last seven or eight holes because we knew we were neck-and-neck," Boccia said.

Both players made par on the first playoff hole, hole 10. Two-putt pars by both players on 18, the second playoff hole, kept things all square. They played 18 again for the third playoff hole. With Lynch out of position, Boccia hit a great approach to pin high. Two putts and a par was enough for him to clinch the championship.

Boccia spoke to the tough conditions of the course and reiterated how much of a grind it was over the 36 hole championship.

"The course is so good and the greens are so quick, you have to stay focused for every shot," Boccia explained. "If you get in the wrong position, especially around the greens, you have almost no chance of making a par."

Boccia, a relative newcomer to this event, successfully defended his title after winning in 2021.

"Winning this event in back-to-back years is a great accomplishment," Boccia said. "Especially against this field. Not only are they great people, but they're excellent players - and it feels good knowing I have what it takes to compete with them."

Dave Scialabba of Meadow Brook Club took third, finishing the two days with a total score of +5/149. Edward Gibstein of Glen Head Country Club finished fourth with a score of +6/150.