Chen and O'Hara Set to Square Off in LI Amateur Finals

Chen and O'Hara Set to Square Off in LI Amateur Finals 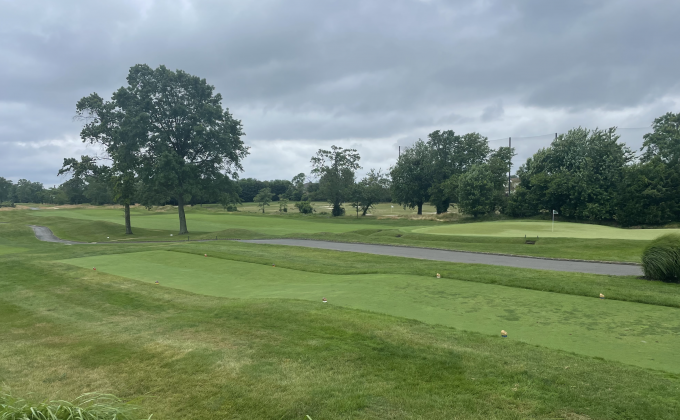 HEWLETT HARBOR, N.Y. (June 22, 2022) - On a cold and windy day at The Seawane Club, Peicheng Chen of Rock Hill Golf and Country Club and Sam O’Hara of Maidstone each won both their matches to advance to the finals of the 99th Long Island Amateur Championship Presented by Webster Bank.

After two strong days, Chen continued his dominance in the quarterfinals, defeating William Celiberti 6 & 4. He carded four birdies throughout the 14 hole match. Although conditions were tough, Chen stayed positive.

“Today was very hard," Chen said. "It was very windy, but the course was in great shape, so I just tried to make as many pars as I could.”

His great play continued in the afternoon, where an impressive five birdies led to a win against Garett Engel.

“I am going to go out there and enjoy the 36 holes," Chen said. "This is my first time playing 36 holes in a match play format. It has been a great experience and I am looking forward to playing tomorrow.”

Sam O’Hara, the 2020 Long Island Junior Champion, also won both his matches Wednesday, punching a ticket to the finals. In the quarterfinals, O’Hara trailed opponent Michael Auerbach for most of the match. Three straight birdies on holes 15, 16 & 17 allowed O'Hara to grind out a win.

“I knew that I had been playing better, I just had some careless mistakes," O'Hara explained. "I knew I had to clean that up and just spend a little extra time on my shots coming in. When I was able to make those three birdies under that pressure, it was a really good feeling.”

Although the wind and rain picked up in the afternoon, O’Hara stayed steady. He made five birdies in his match against Nicholas Li in the semifinals to secure a spot in the championship.

“I just have to take it one shot at a time," O'Hara said. "One shot. One hole. One nine. Then it will work itself out."