Chen, Estrella and Karty All Victorious at Smithtown

Chen, Estrella and Karty All Victorious at Smithtown 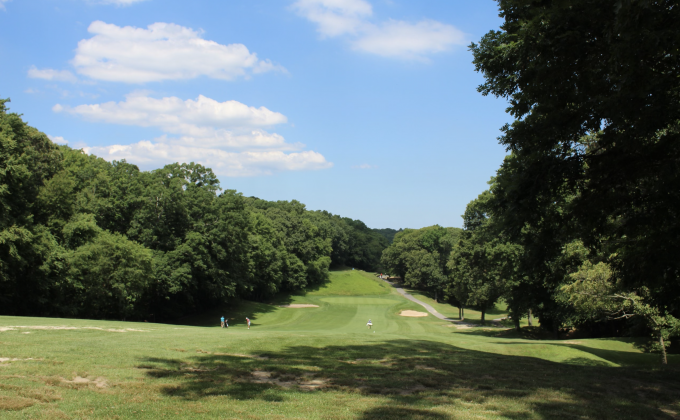 SMITHTOWN, N.Y. (June 29, 2022) – Andrew Chen won the Long Island Junior Championship title for the second year in a row at Smithtown Landing. Bryce Karty won the Boys Championship, shooting 1-under 71, and Ava Estrella captured the Girls Championship with a 4-over 76.

Andrew Chen of Whitestone, NY was able to beat out Bryce Karty of Port Washington, NY in a 2-hole play-off. To start off the day, Chen finished the first nine at even par. He played a very strong back nine, carding three birdies that allowed him to finish the day at 1-under.

When asked about what he could attribute to his success on the course today, Chen made it clear that all aspects of his game were dialed in.

“My ball striking wasn’t really there today, but my drives, chipping, and putting was good and I was putting the ball in the fairway, " Chen said.

Entering the playoff round, Chen and Karty both sat at 1-under. Chen was able to pull away on the second hole of the playoff. He was happy with the way he played and he felt he was able to build upon his last few tournament performances.

“In a recent tournament I didn't play my best, but I came out and got to do my thing today so I’m pretty proud of that.”

Bryce Karty of Port Washington, N.Y. edged out Dean Muratore of Dix Hills, N.Y. by one stroke to claim the LIGA Boys title. Karty also came away from today as the runner up LIGA Junior champion. After being even par through the first eight holes, Karty’s game hit a turning point at the ninth.

“I hit a good drive on nine, then a good wedge to about 5 feet," Karty explained. "Overall today, I struck the ball really well.”

Karty’s strong performance today also qualified him for both the 105th Met Junior Championship and the 54th MGA/Metlife Boys Championship.

Ava Estrella of Brookville, NY was able to beat out the rest of the field and shoot 4-over 76 to win the 101st Long Island Girls Championship. The 13-year-old won finished six shots clear of the field.

“I was just trying to play my game and not worry about the other players,” Estrella explained. “I feel good and I’m happy about this accomplishment.”