Getting Started as a Caddie: a Guide for Beginners

Caddieing is a great job. The money is good, you work outdoors and have an opportunity to meet successful and influential people, and you may even earn a college scholarship.

Caddieing is an important job. It is part of golf’s heritage and part of its future. It is also a great way to learn the game of golf.

This is YOUR guide. Study it and ask your Caddie Manager or Golf Professional to explain anything that is not entirely clear. Knowledge of its contents will help make you a better caddie and valuable to the club and the golfers you serve.

This guide is published by the MGA Foundation. We believe caddies are an important part of the game of golf and together we are working to help keep young people like you active and interested in this great sport.

The Caddie Manager is pivotal to the golf club industry with many responsibilities, which can materially affect the welfare of the club.

The Caddie Manager is charged with the task of recruiting and scheduling caddies. He must also communicate effectively with the Golf Professional and other club staff members and can have a significant influence on the extent to which the membership enjoys the game.

A professionally trained, knowledgeable and courteous group of caddies and a well-managed caddie program can help a club deal more effectively with slow play, significantly add to the number of enjoyable rounds of golf  and enhance the club’s overall image of a first class operation.

Each club will have its own set of procedures for caddies, so be sure you follow them. However, do not be afraid to ask your Caddie Manager questions, not only about your job on the course, but about: 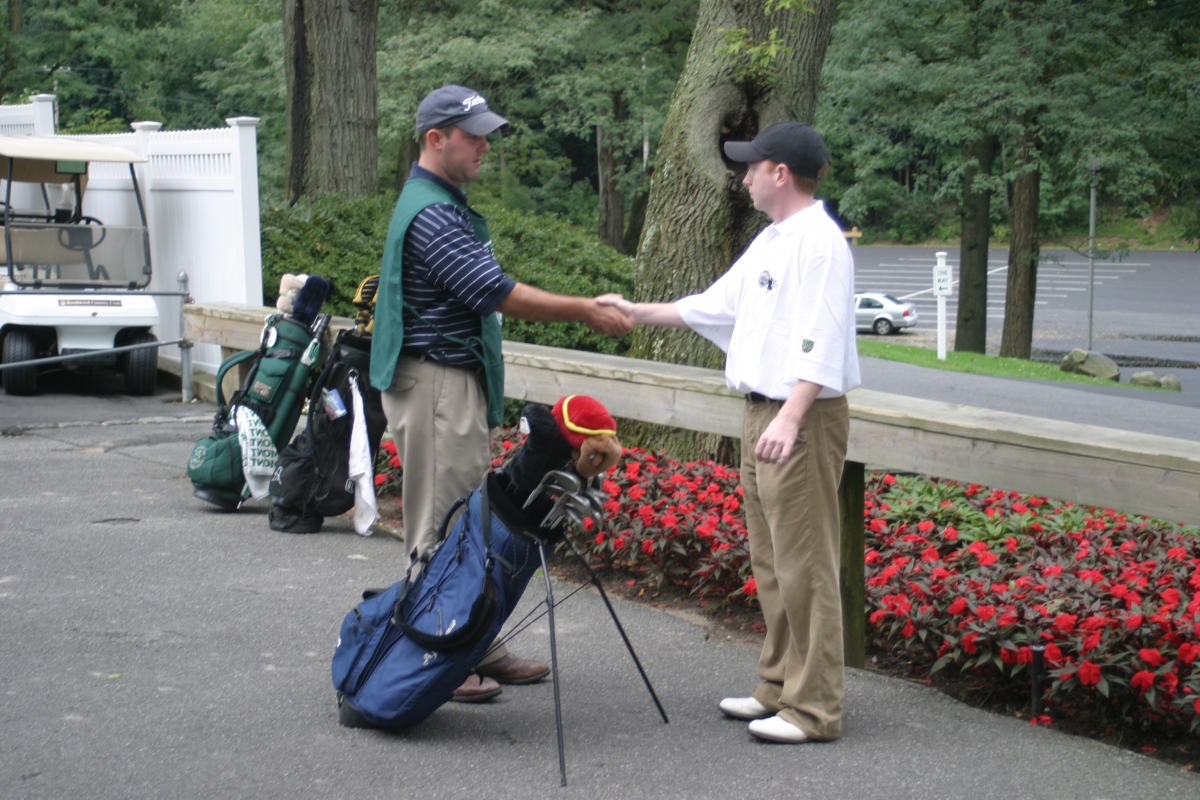 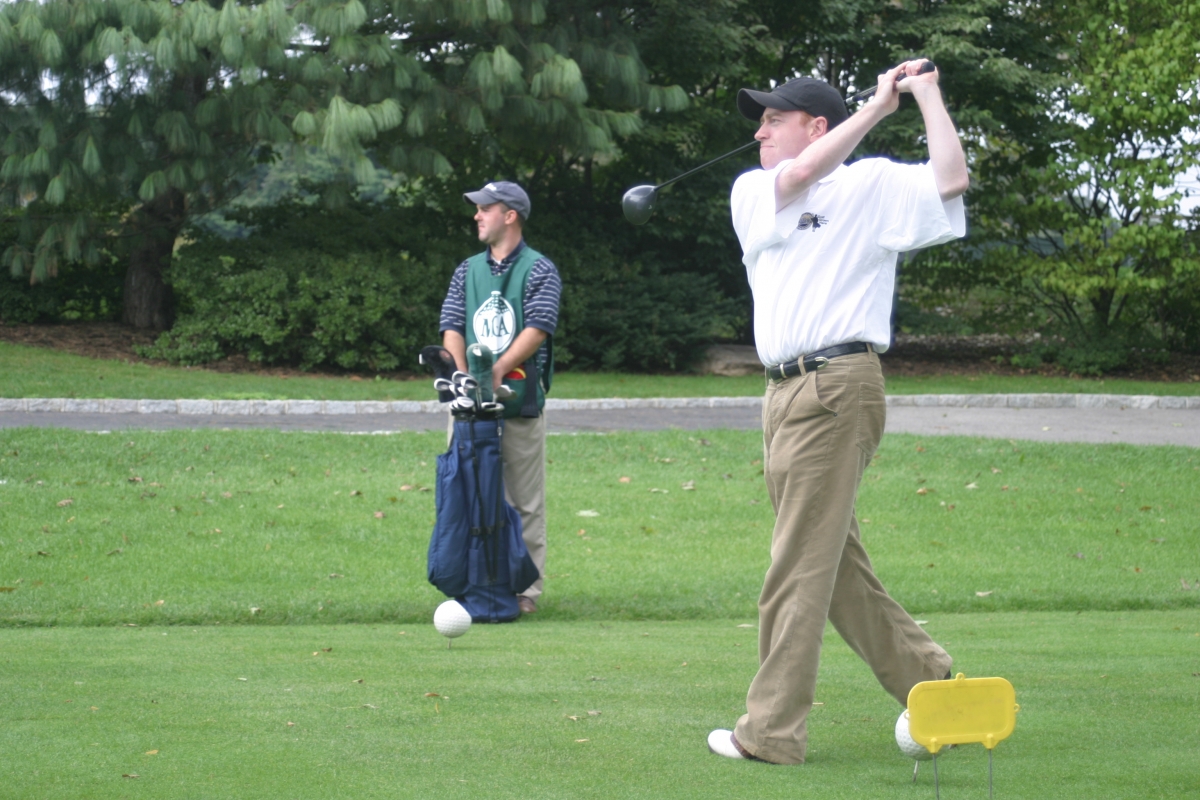 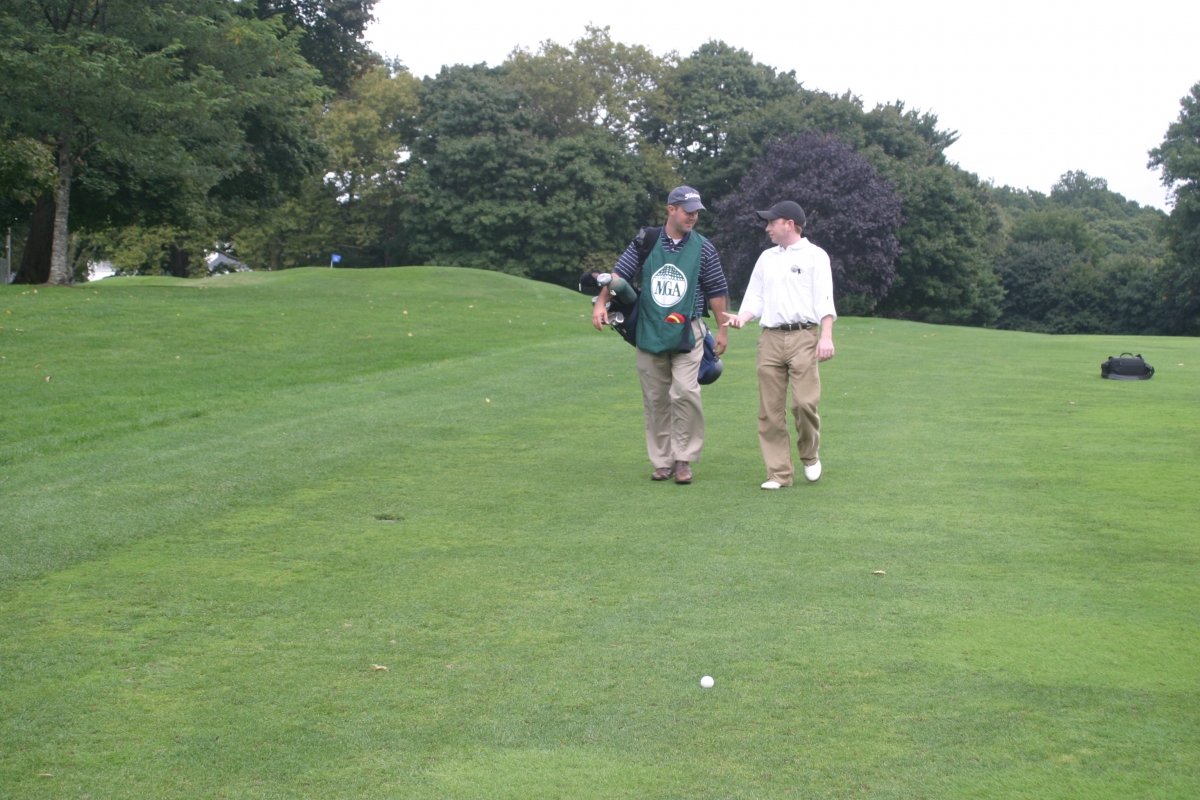 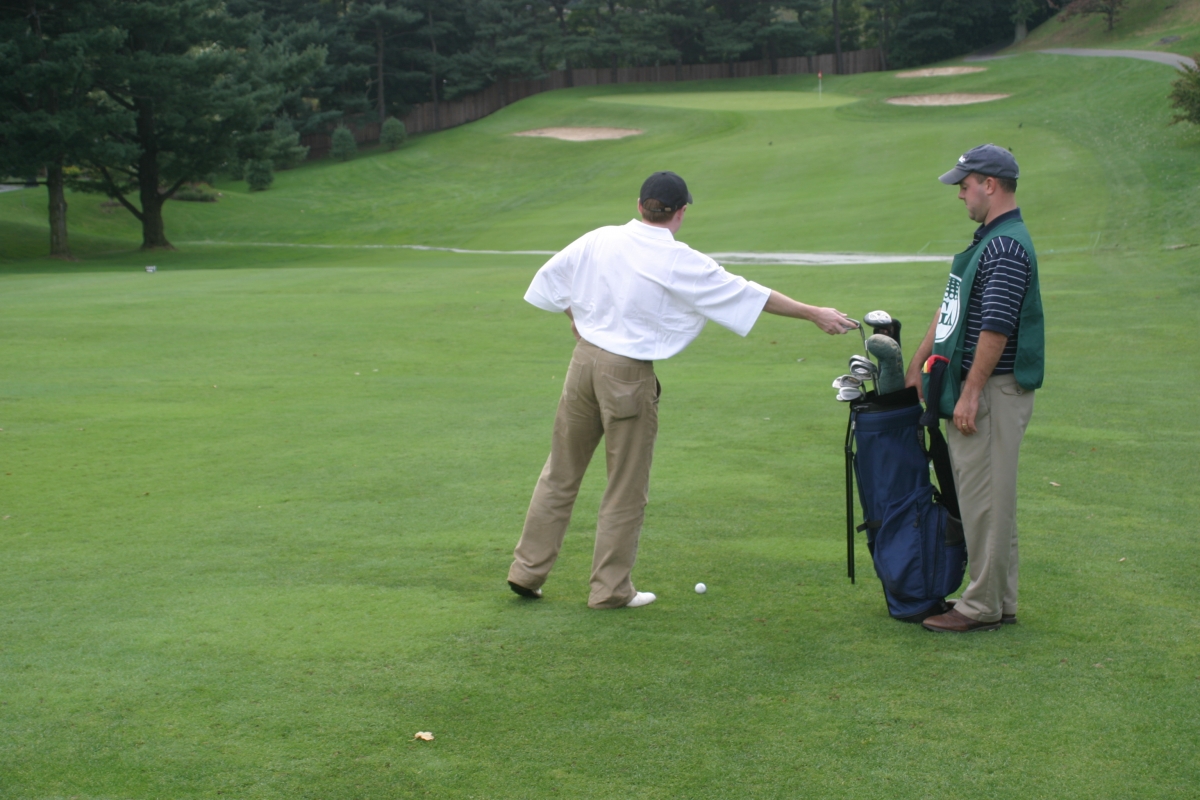 Move quickly from the tee and walk alongside or ahead of player. Don’t lag behind. After reaching player’s ball, stand bag about 3 feet to the right and allow player to select a club.

ON THE PUTTING GREEN

The putting green is an important area and the caddies should be especially careful in handling their duties here. 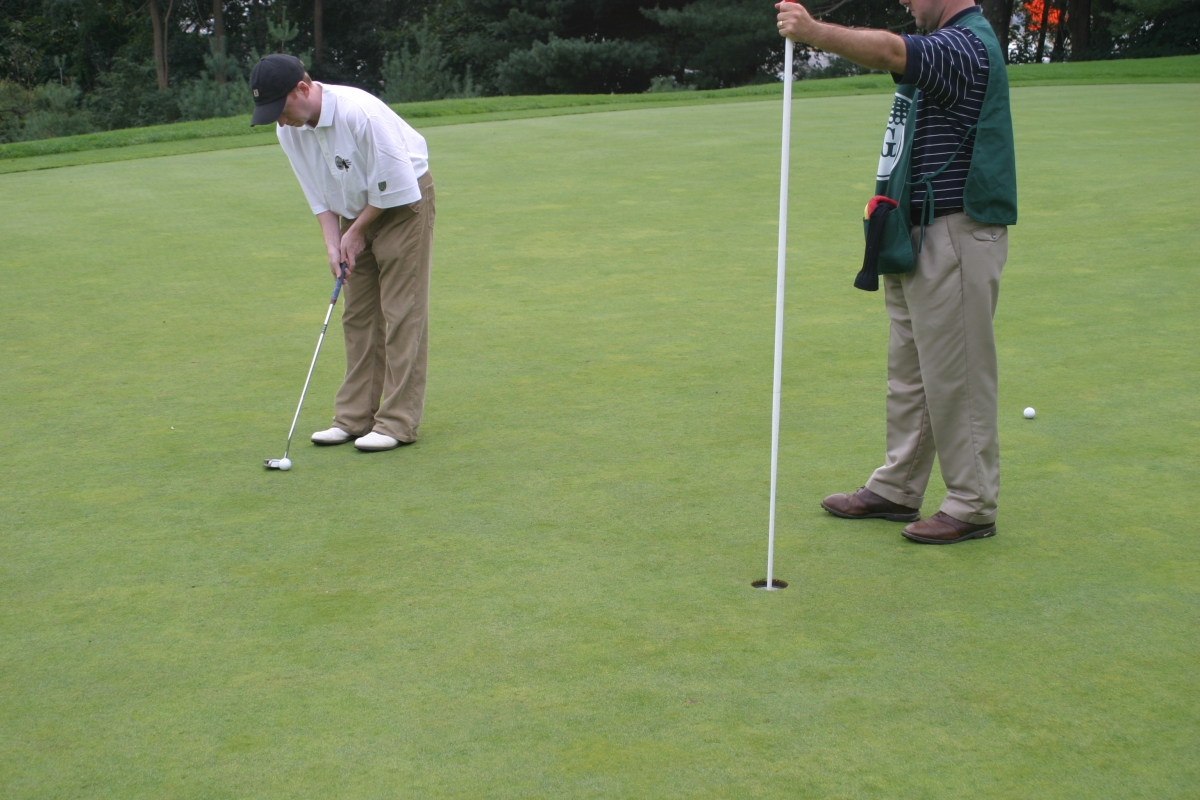 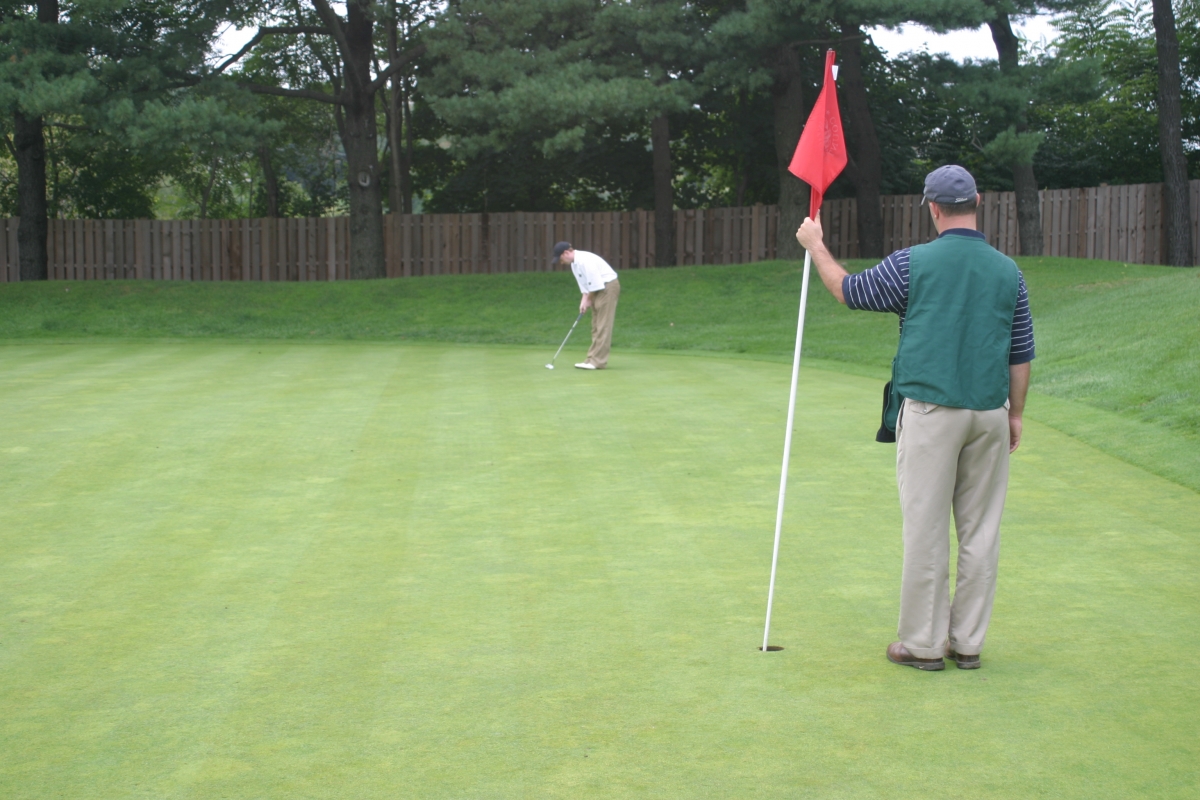 IN THE ROUGH AND PENALTY AREAS 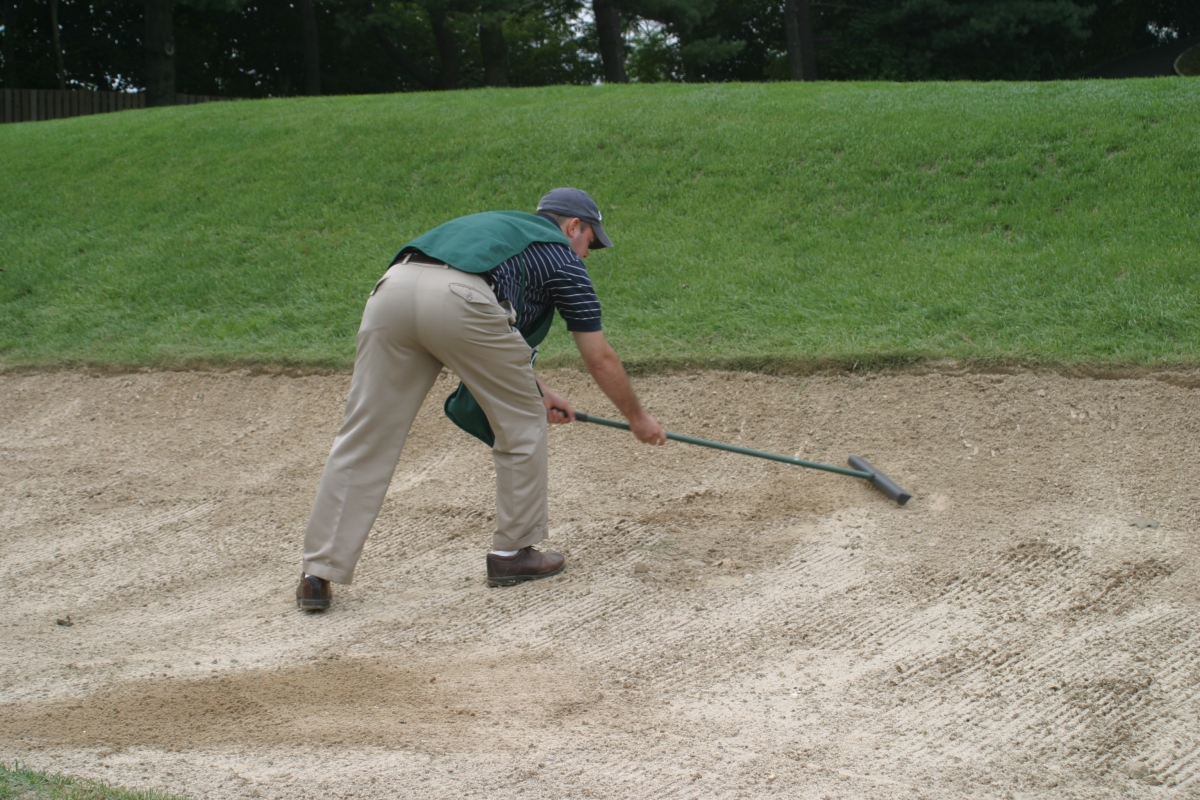 After your player plays a shot from the bunker, carefully smooth footprints and other irregularities.

Golf is a game traditionally played in groups of four people requiring the services of two or more caddies. Your ability to communicate with the other caddies in your group and work as a member of a team will help your ability to effectively service the members of your group and help the pace of play immeasurably. It will also make your job easier, more fun and could result in better tips.

Caddies will often be assigned to attend players riding carts. The duties are essentially the same as when carrying, except for bag and club handling. You must hustle to keep up with the cart, but this is not difficult when you have no bags to carry. Generally, the players handle their own clubs, except for the putters—but some may require more service than others.

ROLE OF THE PLAYER

The MGA believes the player plays a major role in maximizing the effectiveness of a caddie. Fixing ball marks on the green, replacing divots, taking a club or two when you share a caddie with someone who has hit his ball into the rough and making sure the golf bag is not loaded with unnecessary equipment will help the caddie to keep up the pace and more effectively serve the player.

Take care of your feet. Make sure your shoes are comfortable and will give you proper support and traction on grass. On wet days, wear footgear that will keep your feet dry.

Dress for the weather. Wear a waterproof jacket on rainy days. When it’s very hot, wear loose-fitting, lightweight and light-colored clothing, a golf cap or brimmed hat and good sunglasses if you have them. When it’s cold, wear layers of warm clothing, gloves or mittens and a warm hat. Always carry a sweater or windbreaker with you, except when there is no chance of the day turning cold or stormy.

Eat sensibly. Have a good breakfast. Don’t try to get through the day on a soda and a candy bar. For lunch, have a sandwich, a sports drink and a healthy snack.

On very hot days, drink lots of water, even if you’re not thirsty and seek the shade whenever possible without holding up play. Drink an energy drink such as Gatorade, rather than a soda.

Find shelter inside a building, if you possibly can (or in an automobile, or other metal-enclosed vehicle, if one happens to be nearby). Avoid small unprotected buildings, shelters or tents in high areas.

If no inside shelter is nearby, seek out:

Avoid riding golf carts in open spaces, on hilltops and high spaces, or near isolated trees or wire fences.

Raising metal-shafted umbrellas or golf clubs above the head does increase the hazard of lightning. Do not do it.

As a result, it is very important that a caddie have a good knowledge of the Rules of Golf, especially those Rules that commonly occur in the course of a round.

Taking a few minutes to familiarize yourself with some of the regulations discussed here will help you avoid the embarrassment of your player being penalized.

What Can I do?

General Rules to Remember (for your player):

APRON • The last few yards of fairway before and around putting green - also known as fringe.

BIRDIE • A score one stroke under par for the hole.

BLIND GREEN • One which cannot be seen when player is hitting approach shot.

BOGEY • A score one stroke more than par for the hole.

BUNKER • A hazard, commonly, but improperly, called a “sand trap”.

DIVOT • A piece of turf or sod cut loose by a player’s club when making a shot. To maintain good course conditions, divots should be replaced.

DOGLEG • A hole which does not follow a straight line from tee to green.

DRIVE • Shot played from the teeing ground, usually with a club called a “driver”.

FAIRWAY • The area of short cut grass between the tee and the green.

FLAGSTICK • The “Flagstick” is a movable straight indicator, with or without bunting or other material attached, centered in the hole to show its position.

FORE • A warning shouted to let a person know that a ball in flight may hit him or come very close.

GROUND UNDER REPAIR • Usually marked by white line painted on the ground to indicate areas of “free relief.”

HANDICAP • A number that describes a player’s level of ability.

HONOR • The right to play first.

HOOK • A shot, hit by a right-handed player, which curves to the left of the intended target.

LINE OF PUTT • Path the ball should travel on the putting green.

OBSTRUCTION • Artificial object erected, placed, or left on the course.

OUT OF BOUNDS • Ground on which play is prohibited. Usually marked by white stakes or boundary fences.

PENALTY AREA • Any body of water or other areas defined by the Committee where a ball is often lost or unable to be played.

PREFERRED LIES • A Local Rule permitting the player to improve the lie of his ball on a fairway, because of poor conditions on the course. Also referred to as “Winter Rules.”

PROVISIONAL BALL • A second ball played when the first ball might be lost outside of a penalty area, or for a ball that might be out of bounds. The player must announce it as provisional prior to playing the stroke.

ROUGH • The area of long grass left and right of the fairway.

SLICE • A shot, hit by a right-handed player, which curves to the right.

10 RULES TO BE A GOOD CADDIE 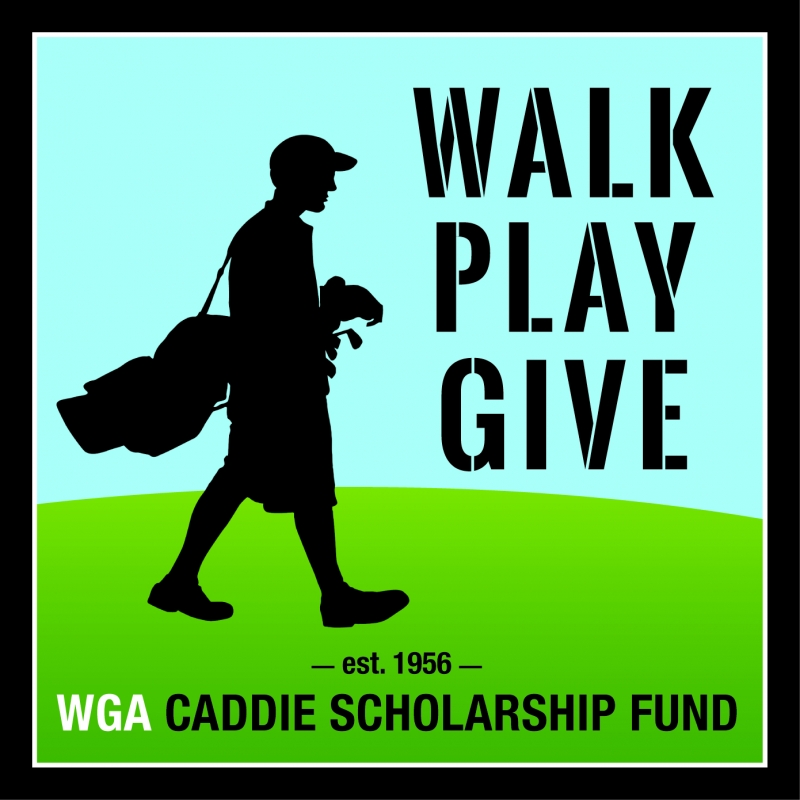 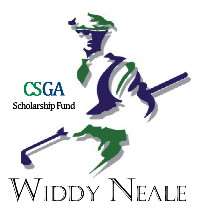 For any questions or information about getting started as a caddie, don't hestitate to reach out to the MGA Foundation at 914-347-4653.