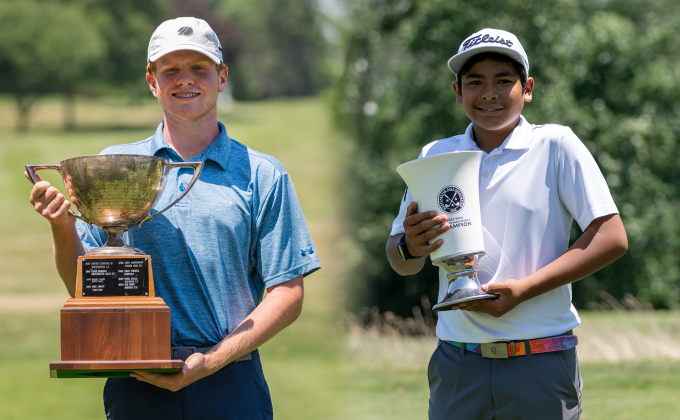 Oakes, 16, had a hot stretch in the middle of his round, making birdies on Nos. 5, 7, 8 and 9 to turn in 3-under 32. While he added a trio of bogeys coming in, he also added one more birdie on the par-5 17th to cap off his 1-under round that also earned him a spot in the 105th Met Junior Championship Sponsored by MetLife, which takes place July 19-21 at St. George's Golf & Country Club on Long Island. His win backs up another recent victory in the Metropolitan Junior PGA Championship, which earned him a spot in the Junior PGA Championship at Cog Hill Golf and Country Club, August 2-5, in Palos Park, Ill.

Meanwhile, 13-year-old Fernandes tallied four birdies during his round, including one on the par-3 closer, for his score of 74. Fernandes, a Youth on Course member, was the lone player to qualify for both the Met Junior and the 54th MGA/MetLife Boys' Championship, which heads to The Saint Andrew's Golf Club in Hastings-on-Hudson, August 10-11.