O'Hara Leads After Round One of LI Amateur

O'Hara Leads After Round One of LI Amateur 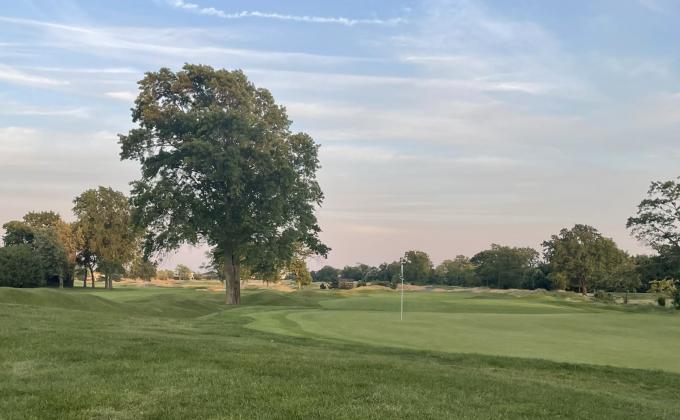 HEWLETT HARBOR, N.Y. (June 20, 2022) - The first round of the 99th Long Island Amateur Championship presented by Webster Bank began Monday with stroke-play qualifying at The Seawane Club. The Long Island Amateur, first contested in 1922, is one of the oldest tournaments in the country. The championship has been played at The Seawane Club twice before, in 1936 and 1954.

Sam O’Hara of Maidstone Club carded the low round of the day, -3/69, the only score under par. O’Hara, the 2020 Long Island Junior Champion, bested the field by three strokes. He made six birdies on the day, including back-to-back birdies on holes 3 and 4, propeling him to the top of the leaderboard and earning the two seed to begin match play.

Ryan Hom of North Hempstead Country Club, Garrett Engel of Old Westbury Golf and Country Club, Derek Rogers of Sands Point Golf Club, and Richard Messina of the MGA eClub - Long Island all finished at even par for the day.

In total, 31 players advanced and will join 2021 LI Amateur champion Tyler Gerbavsits of Huntington Crescent Club in the round of 32.

Match play begins at 7:30 A.M. Tuesday morning. Five rounds of matches over the the next three days will determine this year's champion.