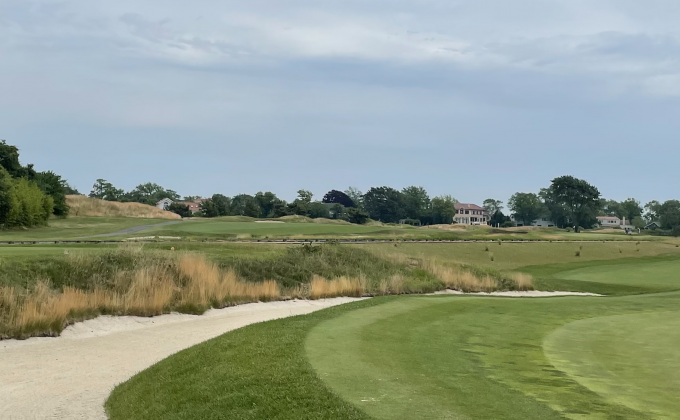 O’Hara continued his success today after shooting 3-under 69 yesterday in stroke-play qualifying. Coming off a recent wrist injury that kept him out for about a month, O’Hara was excited for this week.

"Coming into this event I’ve been feeling really confident,” O'Hara said. "I only missed one green on the 24 holes I played today and I made a lot of putts in both matches."

The 2020 Long Island Junior and Long Island Boys champion defeated MGA eClub - Long Island members Frank Meizoso and Jeremy Quinn. He will face off against Michael Auerbach in the quarterfinals, who picked up wins against Marc Coleman of Nassau Players Club and Charlie Berridge of Friar’s Head.

Chen played a dominant day of golf defeating Sean Shallat of Rock Hill Golf & Country Club and Russ Aue of Nassau Players Club. Chen, a member of the St. John’s Men’s Golf Team, attributed his great play to being steady off the tee all day.

"I felt good today and hit a ton of fairways," Chen explained. "I made a lot of pars which helps in match play."

Chen is set to face William Celiberti of Gardiners Bay Country Club tomorrow. Celiberti ousted defending champion Tyler Gerbavsits of Huntington Crescent Club in a 20 holes and Dennis Driscoll of Meadow Brook Club in the round of 16.

Engel, the 2017 Long Island Amateur Champion, outlasted MGA eClub - Long Island member Jonathan Farber in a close round of 32 matchup. Down one with three holes to play, Engel was able to turn things around.

"I made some good pars and was able to sneak it out,” Engel said. “I know the course really well, I grew up playing here, I have family here, so I'm going to try to plot my way around the course and get some putts to fall.”

He went on to defeat to Dave Scialabba of Meadow Brook Club in the round of 16 and he will face Cristian Delvecchio of Gardiners Bay Country Club, who picked up wins against James Alden III of Indian Hills Country Club and Ryan Hom of North Hempstead Country Club.

The day ended with a great match between Colin McCullagh of North Shore Country Club and MGA eClub member Nicholas Li that ended in 25 holes. Li came out victorious following the playoff and will face Rogers in the quarterfinals.

The quarterfinals begin at 7:30 a.m on Wednesday morning.