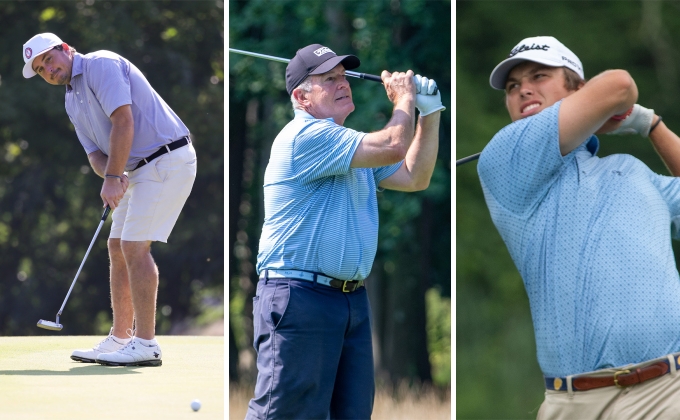 ELMSFORD, N.Y. (December 6, 2021) – Familiar names captured WGA Player of the Year honors in 2021 as Brad Tilley of Sleepy Hollow claimed the overall Amateur honor for the second year in a row and both Jim Romaniello of Shorehaven and Charlie Berridge of Wykagyl earned the Senior and Junior honors for the second time in their careers.

Tilley had bookend wins in 2021 with the Richardson Memorial Championship and the Boff Invitational. The 38-year old’s highest point-earning event came in the Westchester Open at GlenArbor. Tilley fired rounds of 71-67-68 to finish second behind Rob Labritz and earn low amateur honors.

Tilley advanced to the Round of 16 in the Connecticut Amateur and also made match play in the Met Amateur Championship at Plainfield before another quality three rounds in the 106th Met Open Championship Presented by Callaway. At Hudson National, Tilley’s 71-71-69 led him to a tie for 15th and a finish as third low amateur.

Tilley wrapped up the season by competing in the U.S. Mid-Amateur and making the cut at Friar’s Head in the MGA Mid-Amateur. He collected 1085 points on the season, more than 300 points higher than Jackson Fretty of Greenwich. Overall, this is Tilley’s fourth WGA Amateur Player of the Year title, having also won back-to-back in 2004-2005.

Romaniello’s season was highlighted by a runner-up finish in the WGA Senior Amateur Championship at Paramount and a victory in the senior division of the Danbury Amateur, which takes place at Richter Park Golf Course. Romaniello edged out Bart Weissman of Sterling Farms by 41 points to collect the WGA Senior Player of the Year honor for the second time (2017).

Berridge, now competing collegiately at Cal, collected his 585 points in just over a month’s span and doing so impressively in just four events. After making the cut at the Ike in challenging conditions at The Bridge, Berridge advanced to the semifinals of both the Westchester Amateur Championship and the Met Junior Championship Sponsored by MetLife. He wrapped up the season with a tie for fourth in the MGA Carter Cup, which included a stellar 7-under 65 on the Upper Course in the opening round. Berridge also earned the WGA Junior Player of the Year honor in 2018.