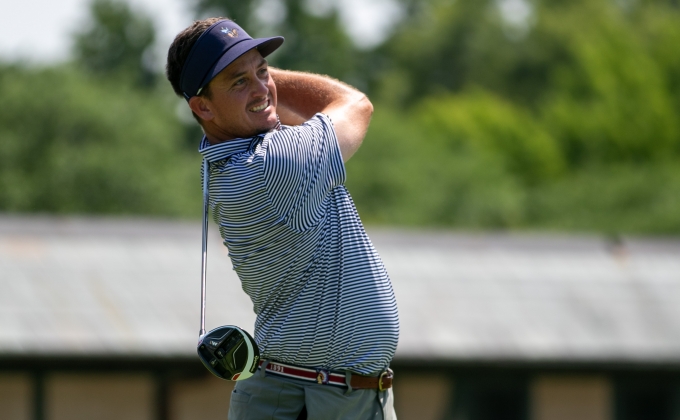 Watros and Tilley both carded scores of 2-under 70, leading the field by three strokes.

Playing early, Watros started his round with three birdies on the front. An eagle on the par-5 11th hole kept him low and helped to balance out a double on the par-3 18th to finish his round.

2019 champion Brad Tilley of Sleepy Hollow had three birdies of his own on the front. “I got off to a nice start with a birdie on one, hit it really close on 3 and made a short birdie putt there, and then I hit a really good drive on 7, I only had 120 yards in, so it was just a pitching wedge and a two putt,” said Tilley. Tilley won the WGA Amateur in July at Knollwood Country Club.

After another birdie and two bogeys on his back nine, Tilley came in with a 2-under 70 to join Watros at the top of the leaderboard.

Jason Longo of Rolling Hills and David Peng of Griff Harris sit three shots back after rounds of 1-over 73.

Hole-by-hole scoring is available via the My MGA app and on mgagolf.org.