A New Look for Fans at the Northern Trust

A New Look for Fans at the Northern Trust 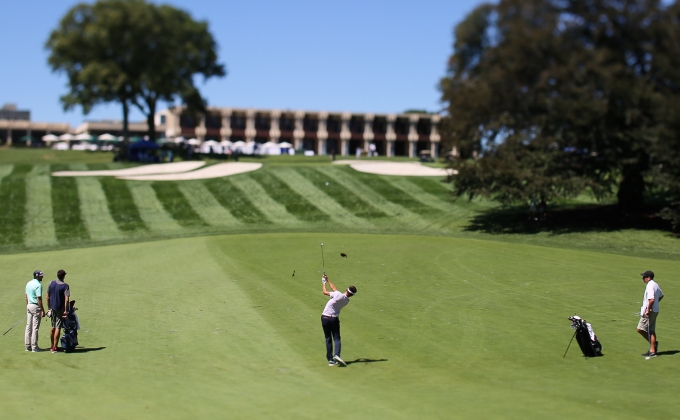 The tournament now known as the Northern Trust, at Glen Oaks Club, Aug. 22-27, has a long history in the New York area. For maybe the first time, however, the PGA Tour is determined to make it a true New York event by emphasizing the unique sights, sounds, and tastes that the Met Area affords.

As Northern Trust switches coasts – it was for many years the sponsor of the Los Angeles Open -- spectators are in for an experience that Julie Tyson, the Tour’s Senior Vice President of Championship Management, says will be like no other in golf.

“Geographically we’re in one of the coolest places on Earth,” Tyson says. “We want to celebrate all that is New York in terms of its style, its sensibility, and its love affair with food, fashion, and culture.”

Since arriving at the Tour’s New York office, Tyson, a Chicago native, has come to appreciate what makes the city and its environs tick, so when it came time to reshape the fan experience, she wanted to bring the same kind of excitement that she has felt herself.

“I’m not a New Yorker born and bred. I moved here five years ago. And since Day 1 I’ve been really in awe of this market and what it represents,” she says. “And since we’re the only tournament that happens regularly, annually, inside this market, it made sense for us to build a vision around the tournament that capitalizes on the way New York would do golf. So it’s fashion, food, and then the do-or-die drama on a world stage that this event definitely captures.”

Spectators will be treated to a unique food experience built around recognizable New York City restaurants and celebrity chefs; a New York cocktail experience that Tyson says has never been tried before; and apparel selection that includes some brands that have never been in golf until now.

“When you think about New York sensibilities, the thing that struck me first is it’s got to be credible. You can’t build something non-authentic. New Yorkers will sniff that out,” Tyson says.

She notes that the best features will be available to all patrons, not just those with access to special tents or pavilions.

“One of the things that we’re really proud of is that a grounds pass has a lot of meaning,” she says. “It’s not like you have to incrementally pay to get to these private access areas to get the coolest stuff at the tournament. A grounds pass is going to get you access. We’re really trying to make [watching] golf easier, more convenient, and a lot more fun.”

Tyson sees Glen Oaks, a first-time venue, as a draw in itself, since even many Long Islanders have never been inside the grounds of the beautiful club. Everything, she says, has been an effort to kick the tournament – the opening event of the FedEx Cup Playoffs -- up a few notches.

“The notion that you have to compete on almost a superhuman level to get to the Northern Trust, and then do it again to advance, to me also feels quintessentially New York,” she says.  “The excitement starts with the players, the media, and the fan. I think there’s this holy trinity between the three and that if we deliver something really special and unique, that’s what creates the electricity that you see only a few times in your lifetime. That’s my ambition for this event.”