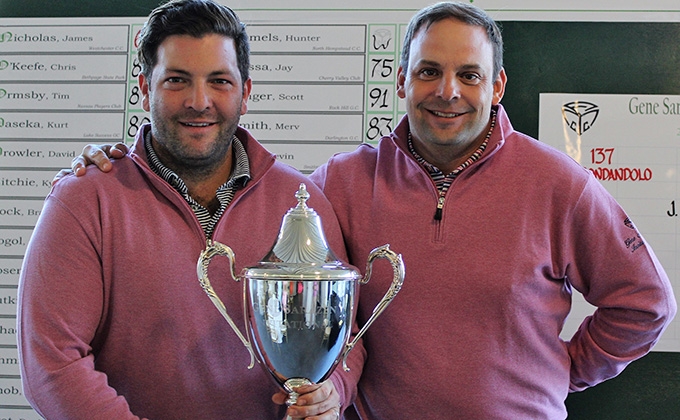 LAKE SUCCESS, N.Y. (Oct. 24, 2018) -- Dan Abbondandolo of Brookville won his second Gene Sarazen Memorial Invitational Championship at Fresh Meadow Country Club behind a 3-under-par 137 over 36 holes. Abbondandolo shot even-par 70 in the first round under cold, windy conditions where temperatures hovered in the mid-30s. He beat that by three shots in warmer conditions for the final round. The win is Abbondandolo's second in the championship, having won in 2016 as well.