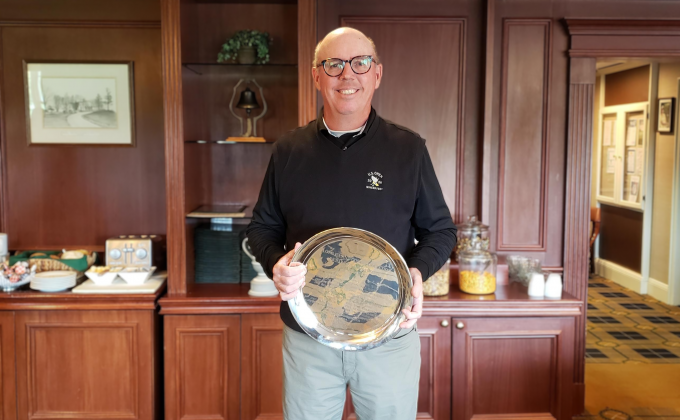 EAST WILLISTON, N.Y. (May 8, 2022) -- Prescott Butler of Piping Rock and Alan Specht of Port Jefferson at Harbor Hill claimed LIGA season-opening titles on Sunday at the RIchardson Memorial Championship Sponsored by Keystone Electronics Corporation at Wheatley Hills Golf Club. Originally scheduled to conclude on Saturday, final matches in both the Championship and Senior divisions were pushed to Sunday due to heavy rains.

Butler, the 2019 LIGA Player of the Year, and Thomas Lee of Hudson National went back and forth in the early going of the Championship division final, both players winning two holes apiece over the first seven holes. However, Lee's birdie on the par-5 7th turned out to be his final victory on the day, while Butler won five of the next eight holes to close out the match by a 5-and-3 margin. Par proved to be a good score on the day, with Butler taking Nos. 8, 10 and 14 with pars--all par threes--while he added a birdie on the par-5 12th.

In the Senior Division, Specht and David Boccia of Huntington resumed their match, having played seven holes on Saturday prior to conditions becoming unplayable. Specht had built a 4-up advantage at that point, while the duo tied the first four holes on Sunday morning. The two traded victories on Nos. 11-12, but a pair of pars on Nos. 13-14 earned Specht two more victories and sealed the match by a 6-and-4 margin.