ELMSFORD, N.Y. (June 20, 2012) – Englishman Tony Jacklin, the Dave Stockton family, and former LPGA superstar Lorena Ochoa were among the big names that were recognized for their outstanding achievements and leadership by the Metropolitan Golf Writers Association at the 61st National Awards Dinner on Tuesday, June 19, at the Hilton Westchester in Rye Brook, New York.

Jacklin was the recipient of the the Gold Tee Award, the MGWA’s highest honor, and joins an elite club of individuals. Past Gold Tee Award honorees include Bobby Jones, Ben Hogan, Jack Nicklaus, and Arnold Palmer. Jacklin, 67, was inducted into the World Golf Hall of Fame in 2002 and was the most successful British player of his generation, capturing the Open Championship in 1969 and the U.S. Open in 1970. He also made an indelible mark by captaining four Ryder Cup teams and subsequently putting the European squad back on a competitive footing against the Americans, who had dominated the matches for years.

Dave Stockton, a 10-time PGA Tour winner including two PGA Championships, and his family were recognized with the Family of the Year award, which honors a family for its contributions to the game, and for representing the virtues and ideals of golf and family. Past winners include the Trump Family, George Bush family, and Jack Nicklaus family. 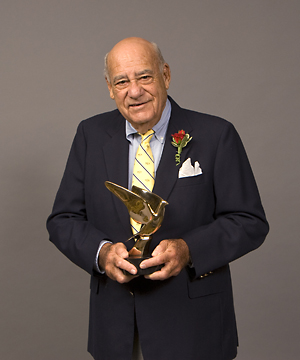 Ochoa, a two-time LPGA major championship winner, was honored with the Mary Bea Porter Award, which recognizes an individual in golf who, through a heroic or humanitarian act, saves or betters the lives of others. The award was named in honor of the LPGA player who, during a 1988 tournament in Phoenix, saved a toddler from drowning in a swimming pool.

Other notable honorees at this year’s MGWA National Awards Dinner included: The Woodmere Club (which is celebrating its 100th anniversary) as Club of the Year; Jerry Tarde, Golf Digest’s chairman and editor-in-chief, who received the Lincoln Werden Golf Journalism Award; C.A. Tony Wimpfheimer, who was awarded the Winnie Palmer Award; and Tom Cousins, who was recognized with the Distinguished Service Award.

The MGWA’s National Awards Dinner is the largest and longest-running golf dinner held annually in the U.S. All of golf’s governing bodies—the USGA, PGA of America, LPGA, PGA TOUR, and Champions Tour—actively support the dinner and some 700 industry leaders and local golfers attend. Proceeds from the dinner are distributed to Metropolitan New York area caddie scholarship programs and the MGA Foundation. More than $1.3 million has been raised over the years for the association’s charitable endeavors. This year, the dinner accomodated approximately 500 guests.

For more info about the MGWA, visit their site www.metgolfwriters.org.